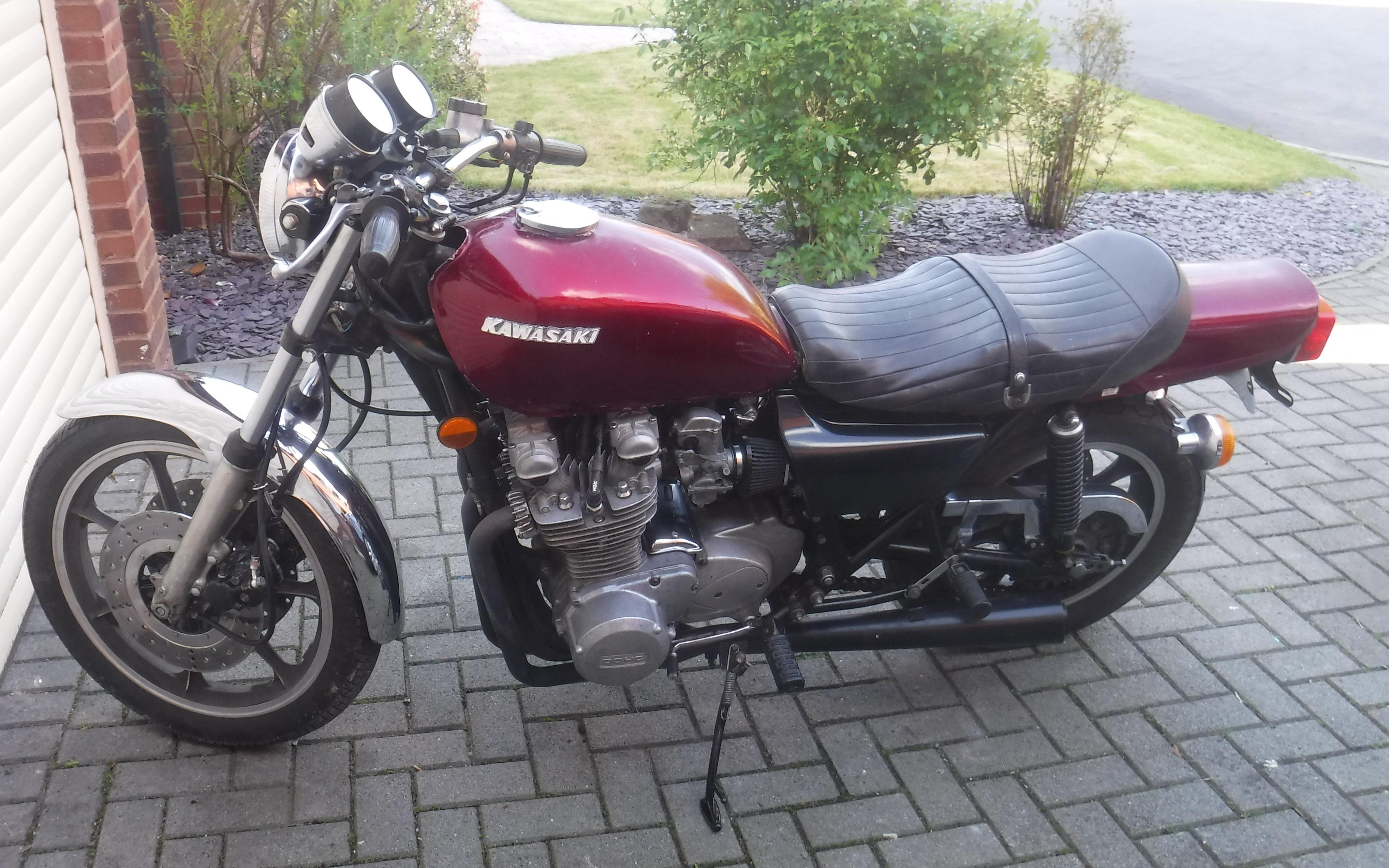 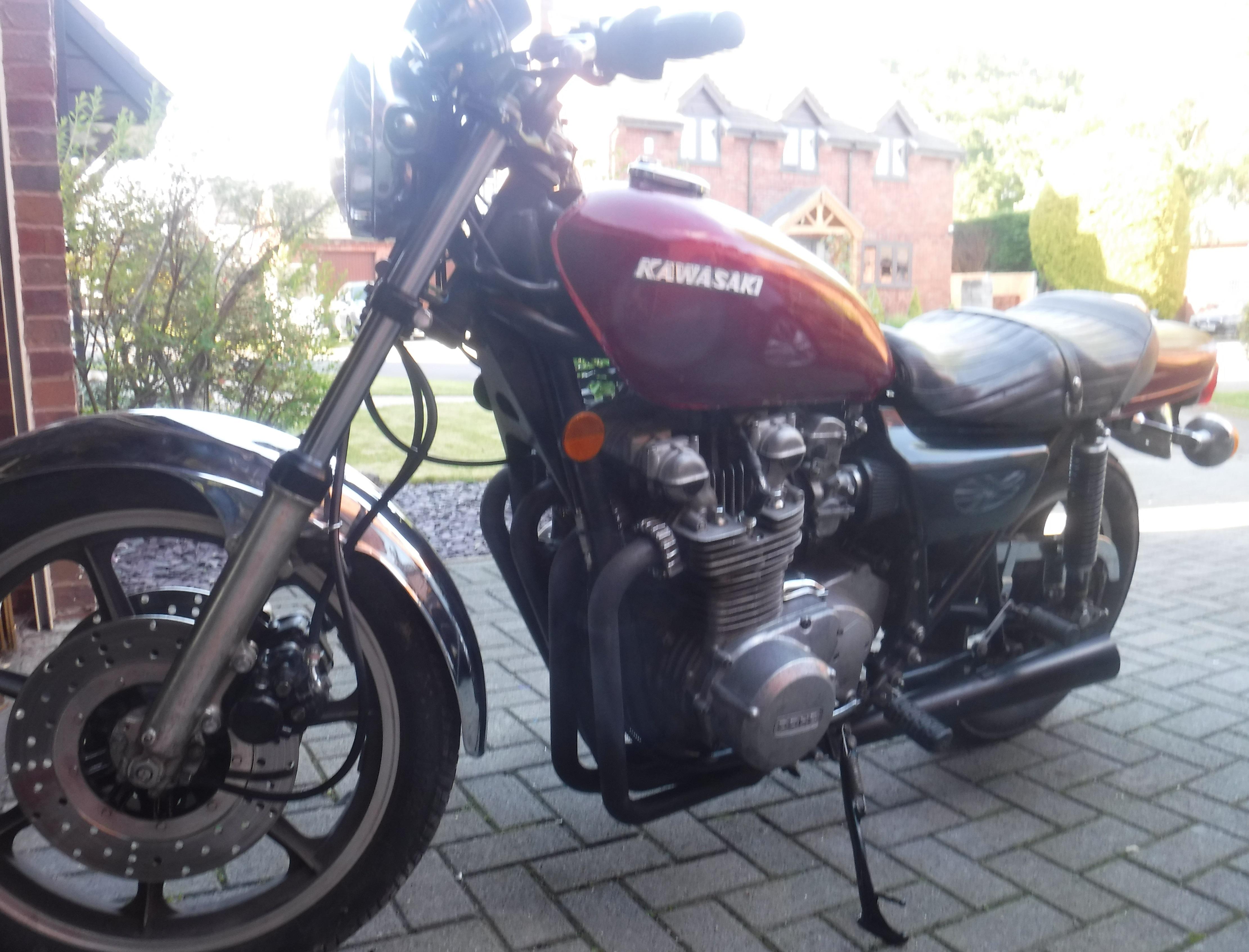 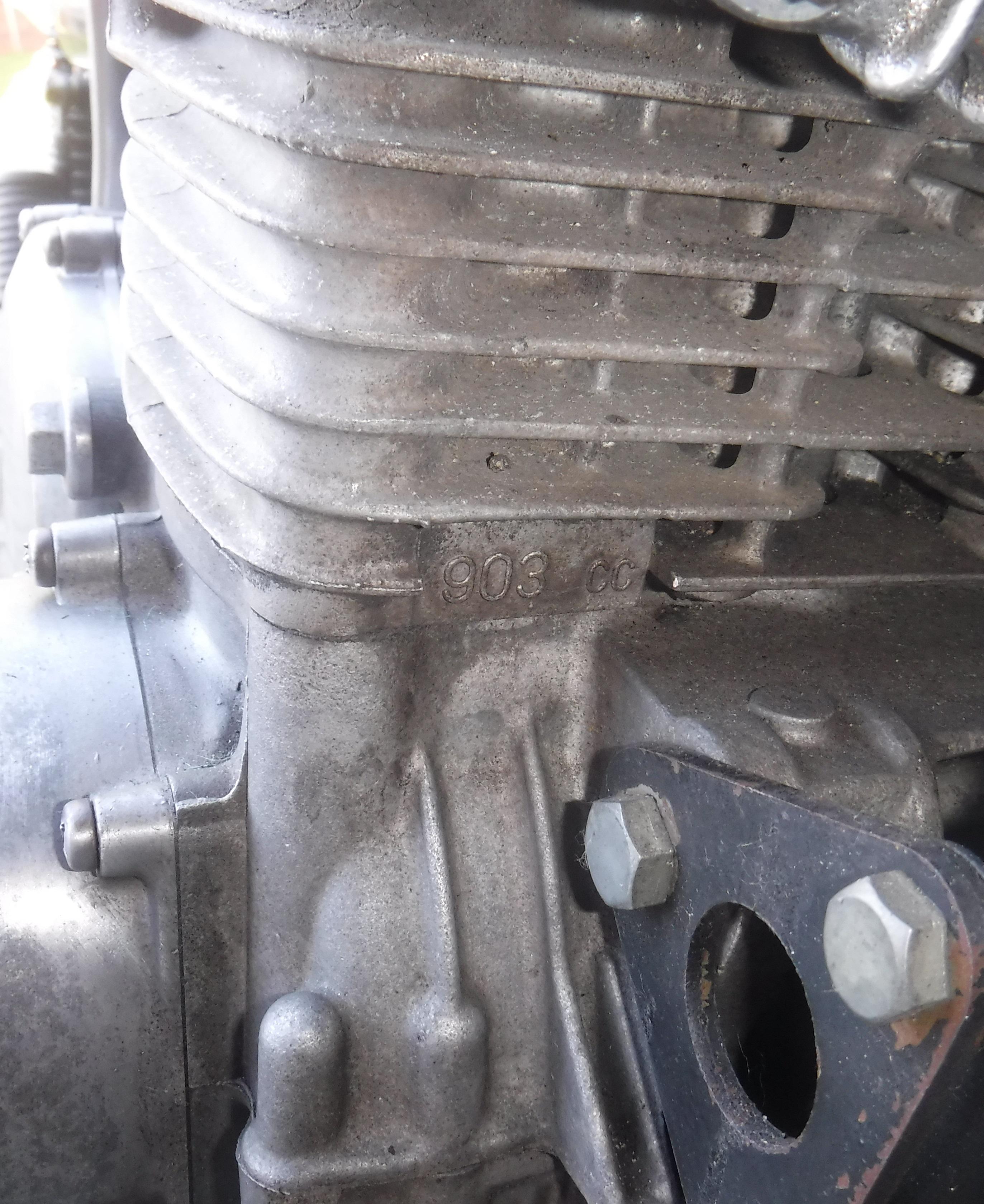 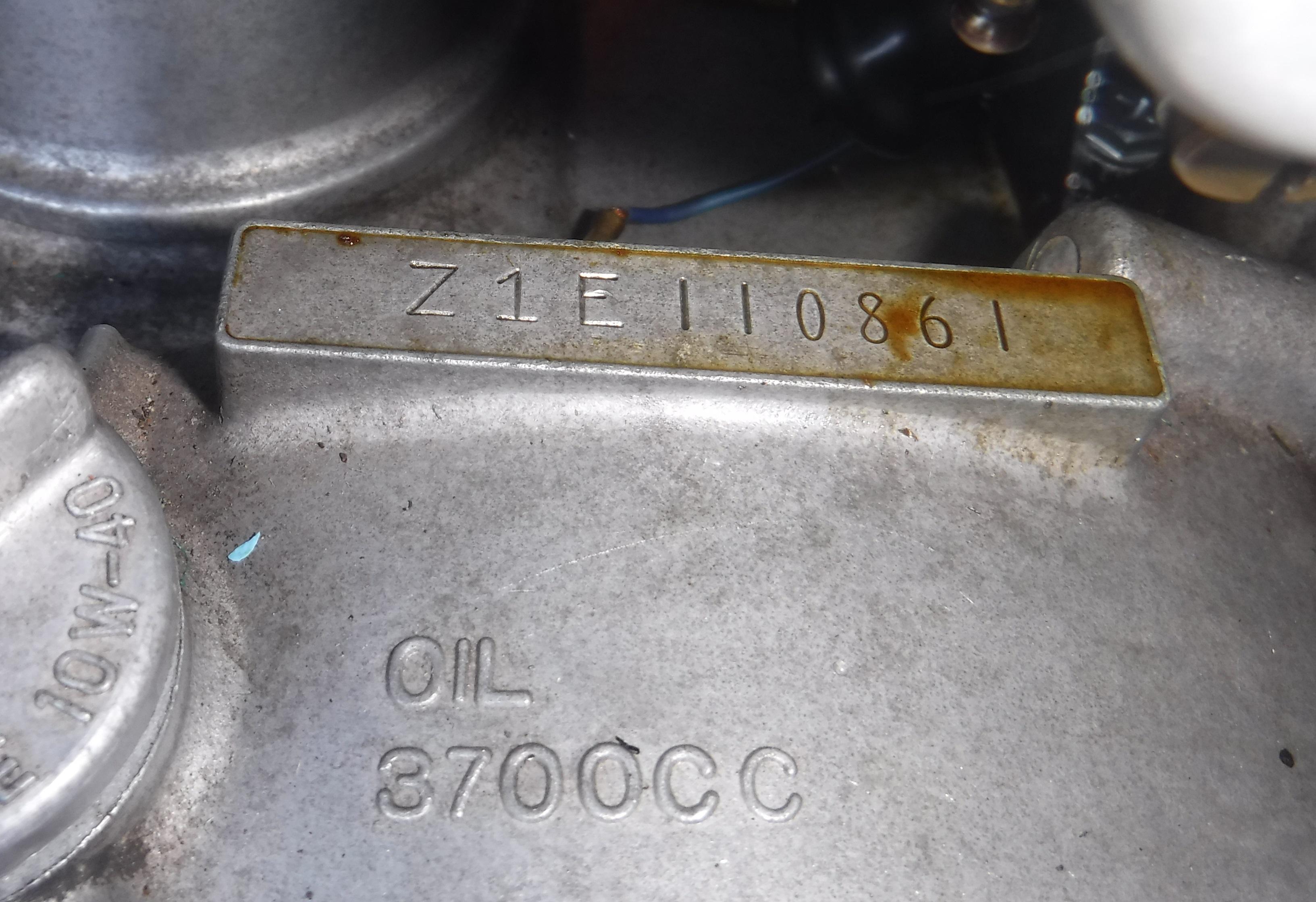 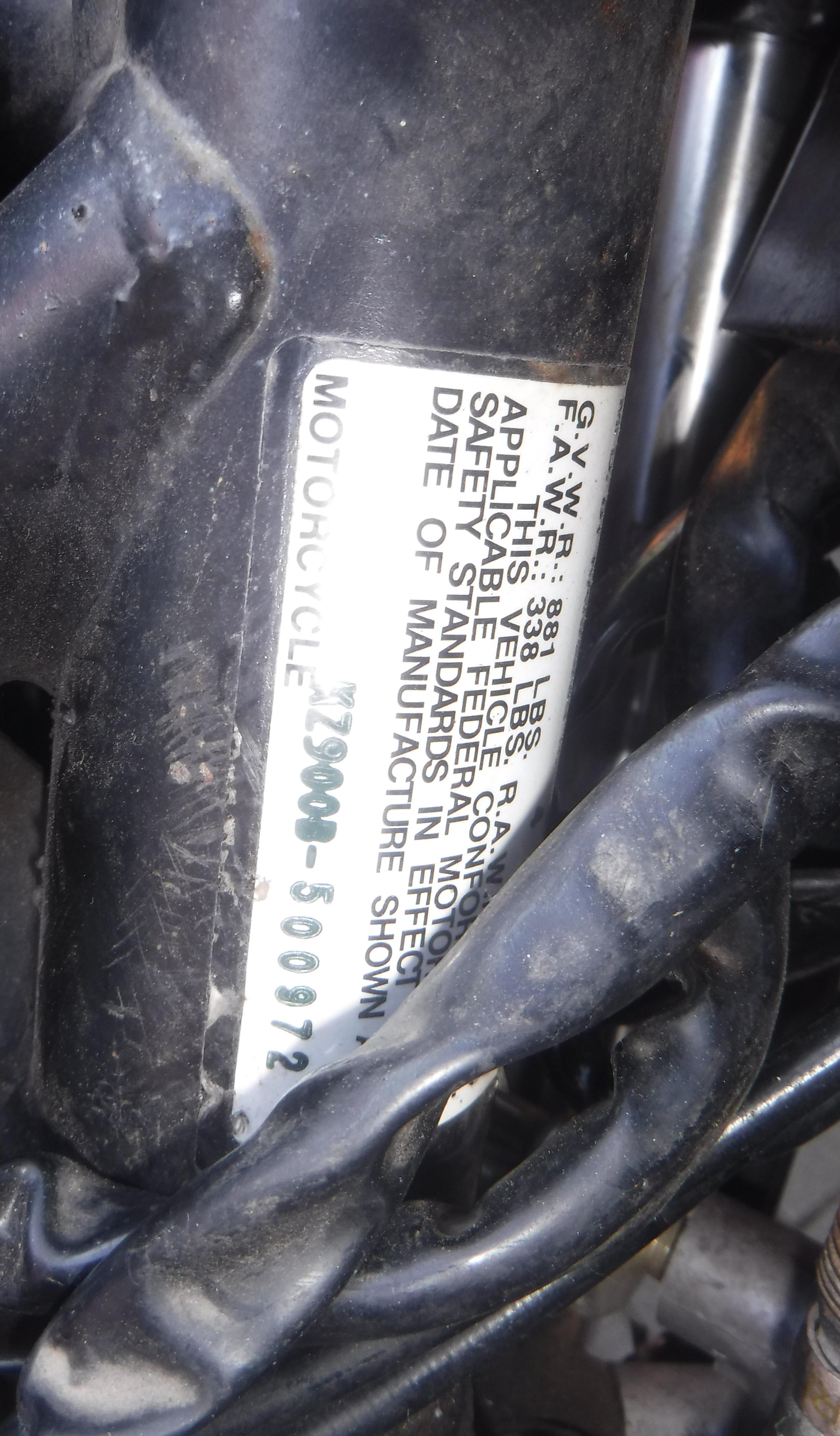 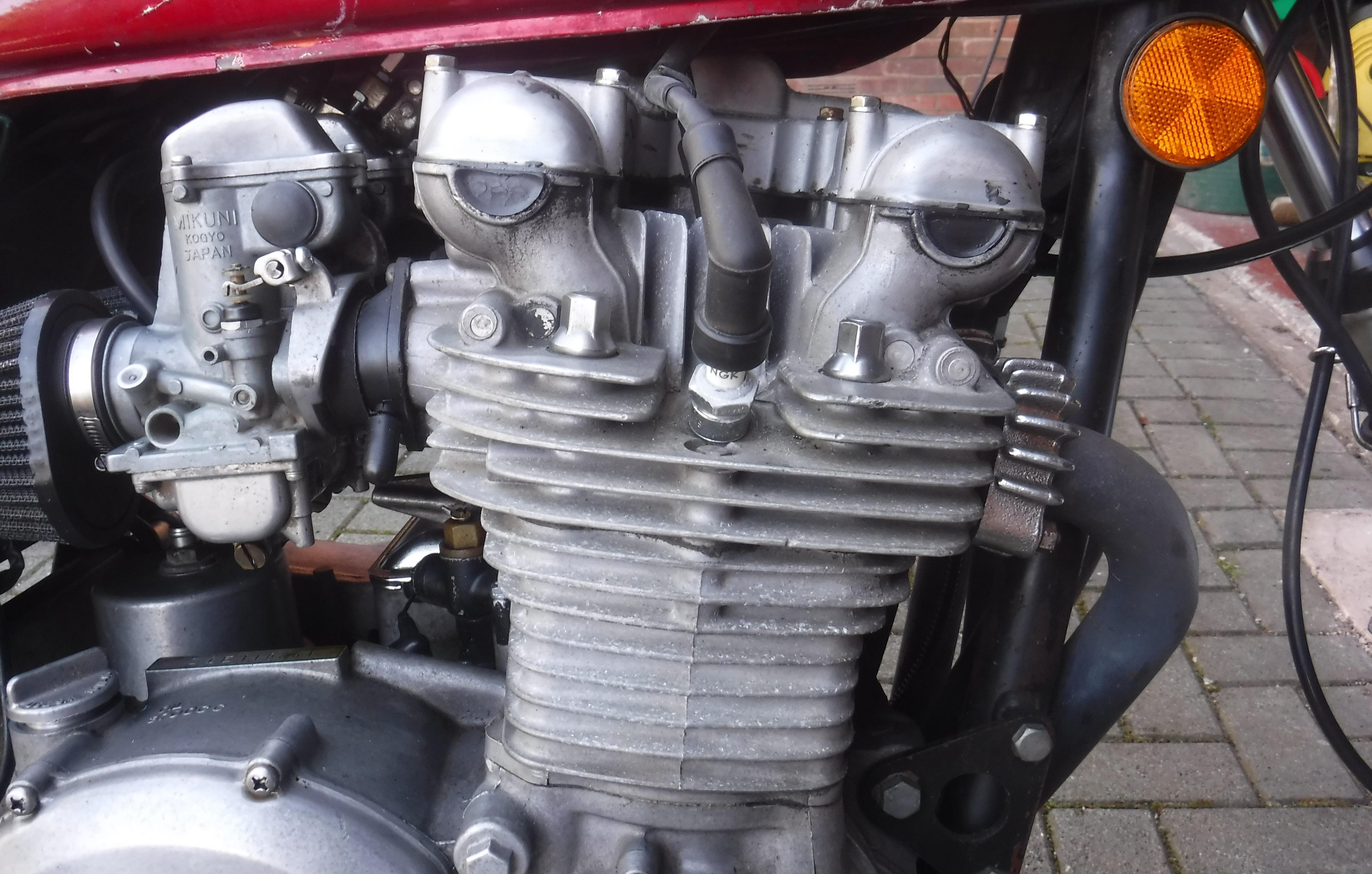 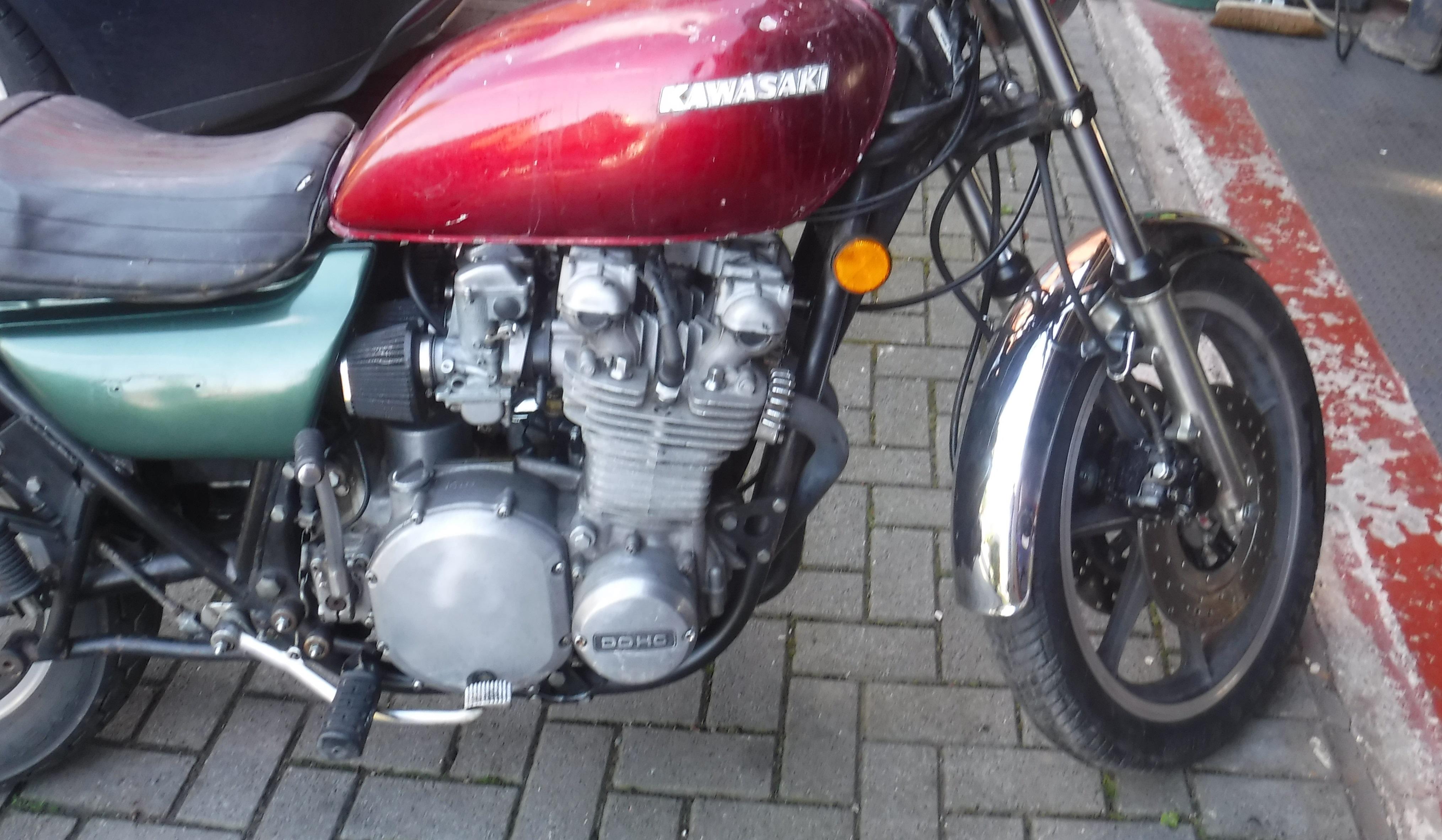 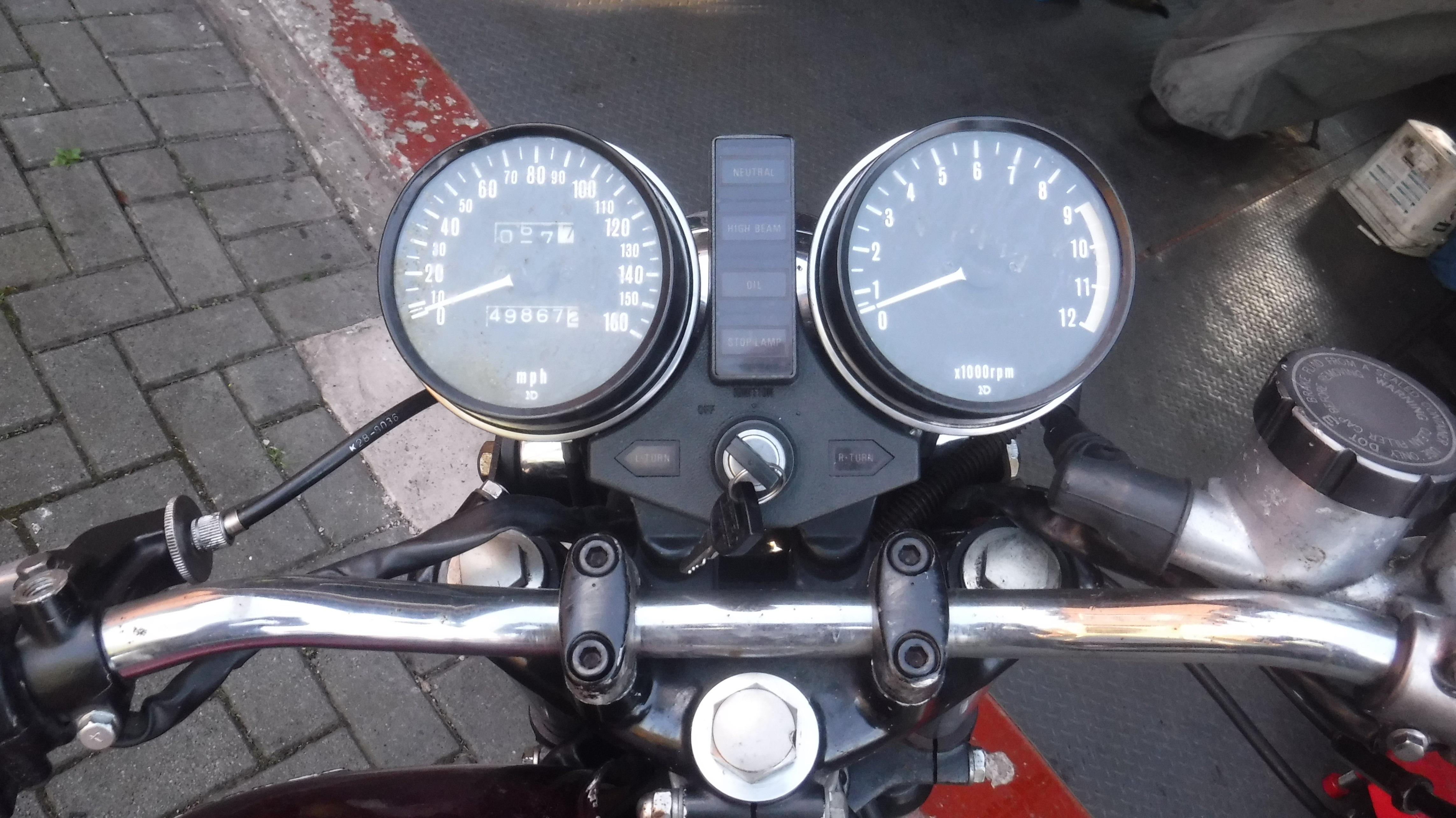 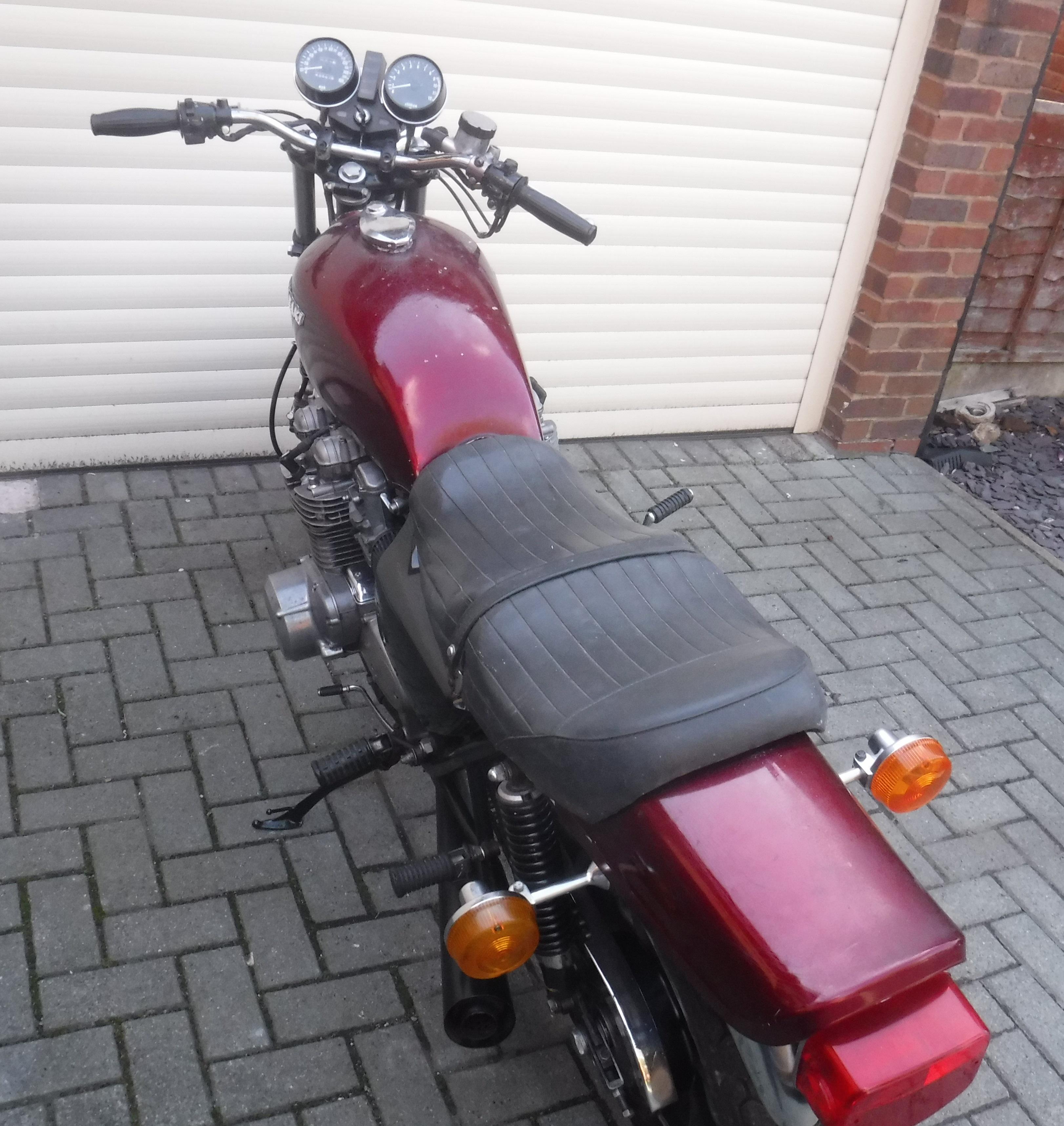 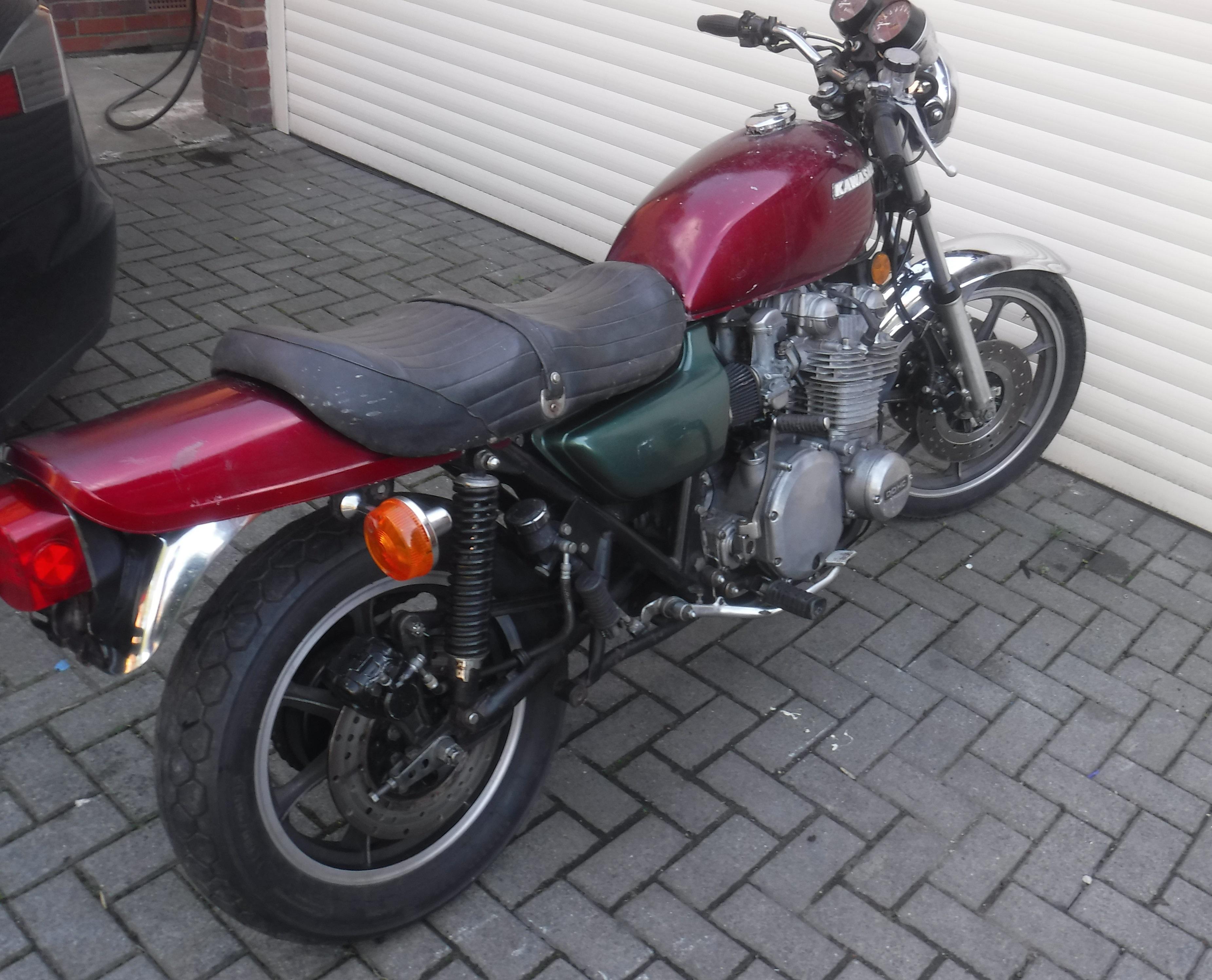 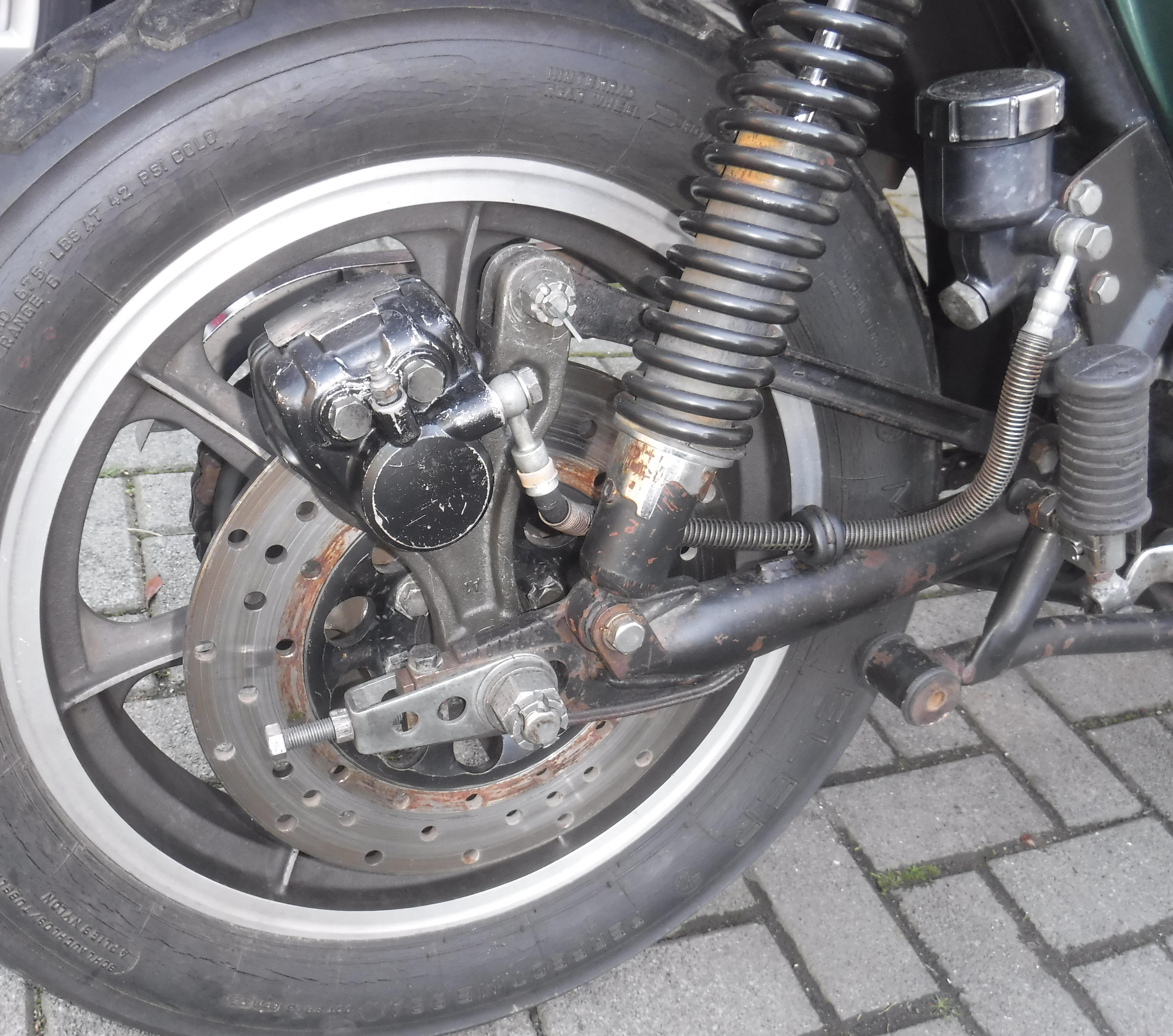 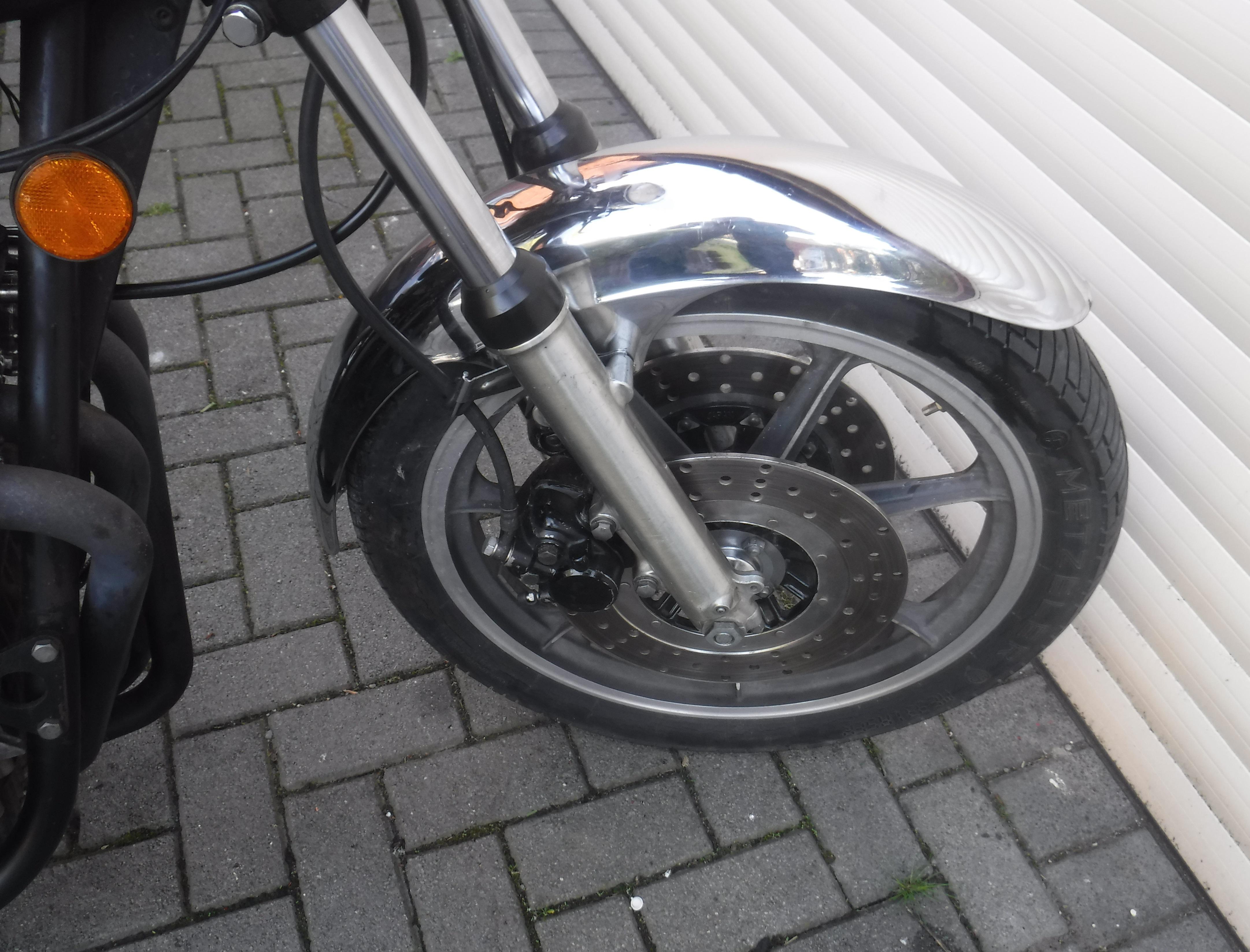 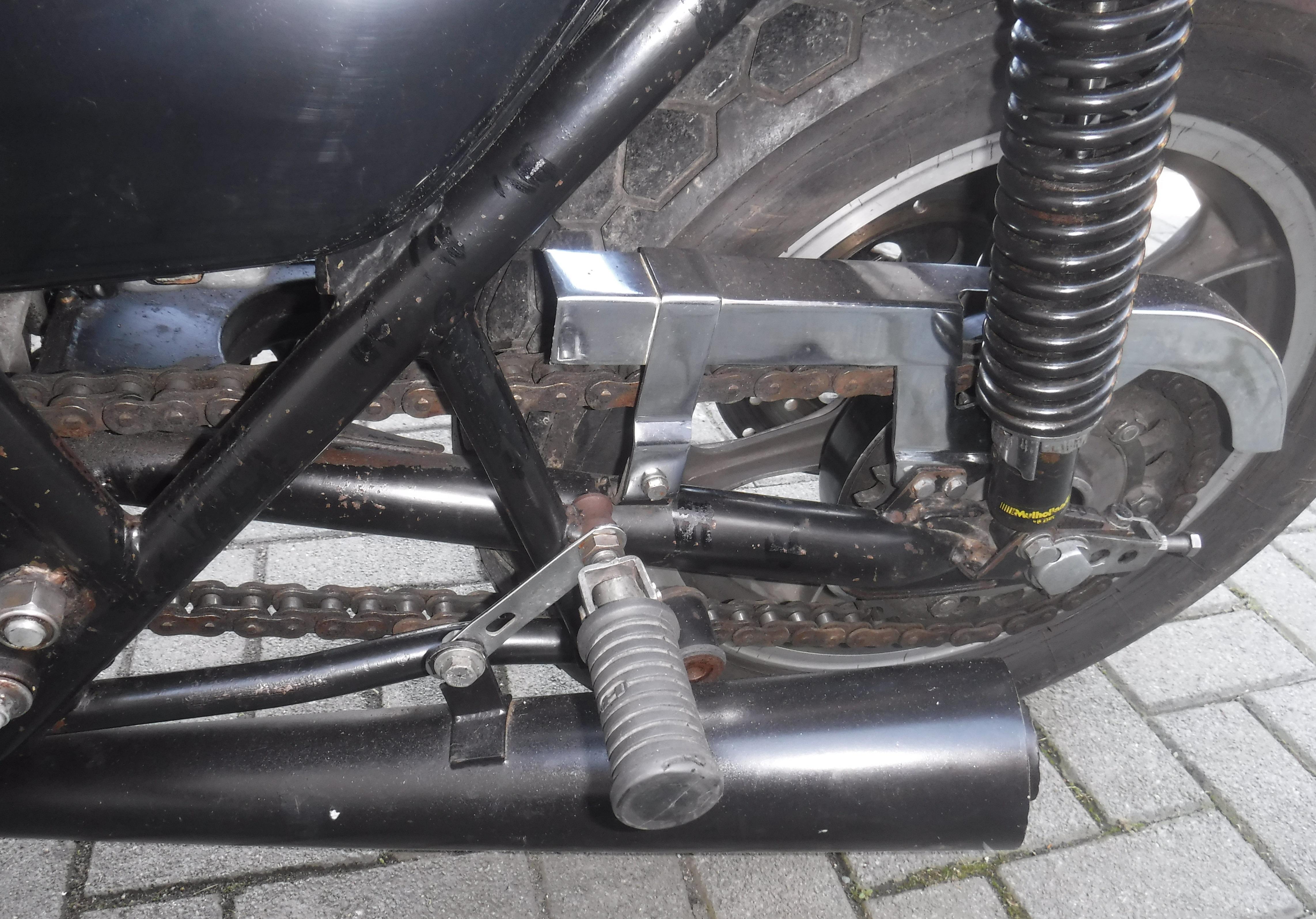 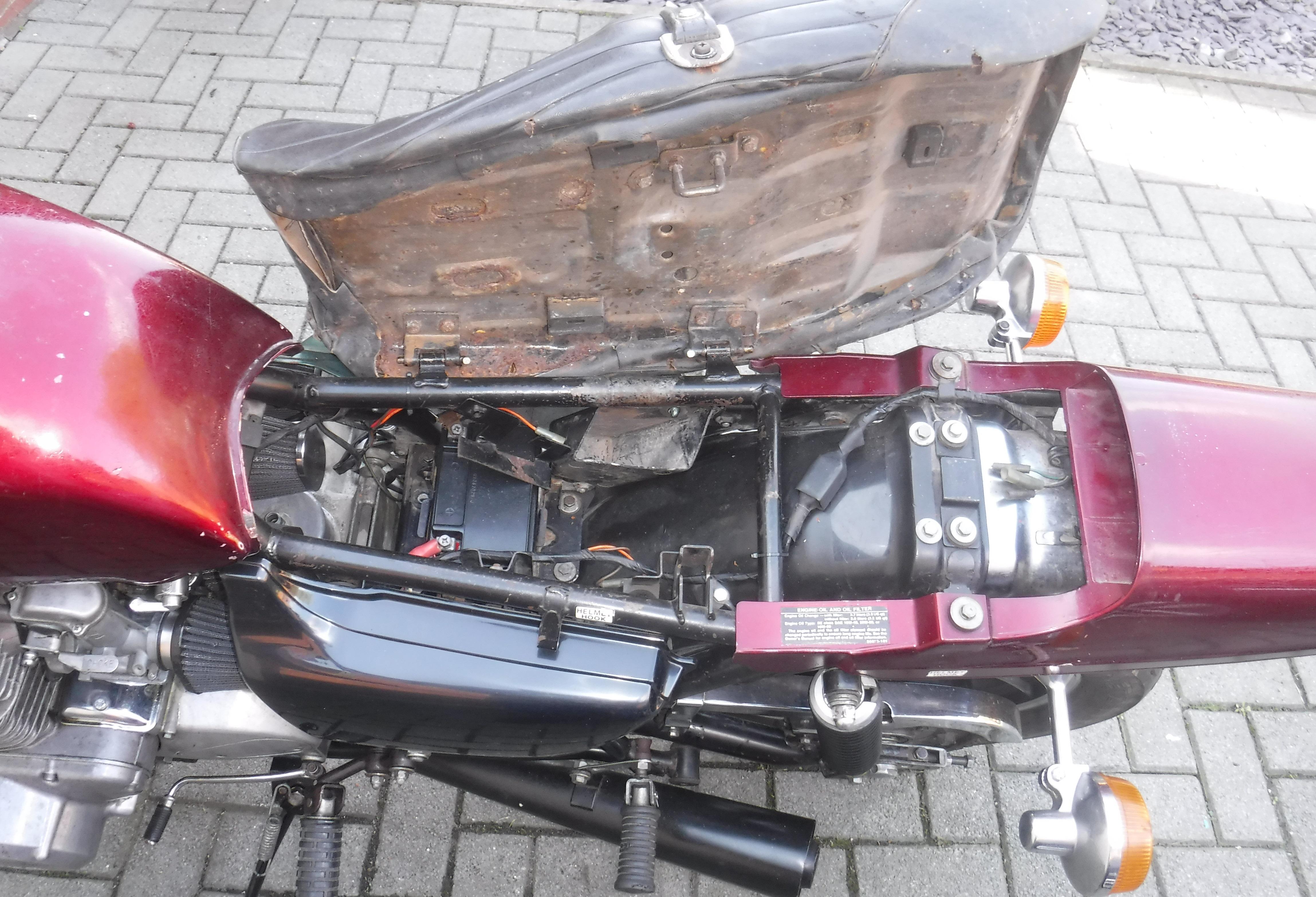 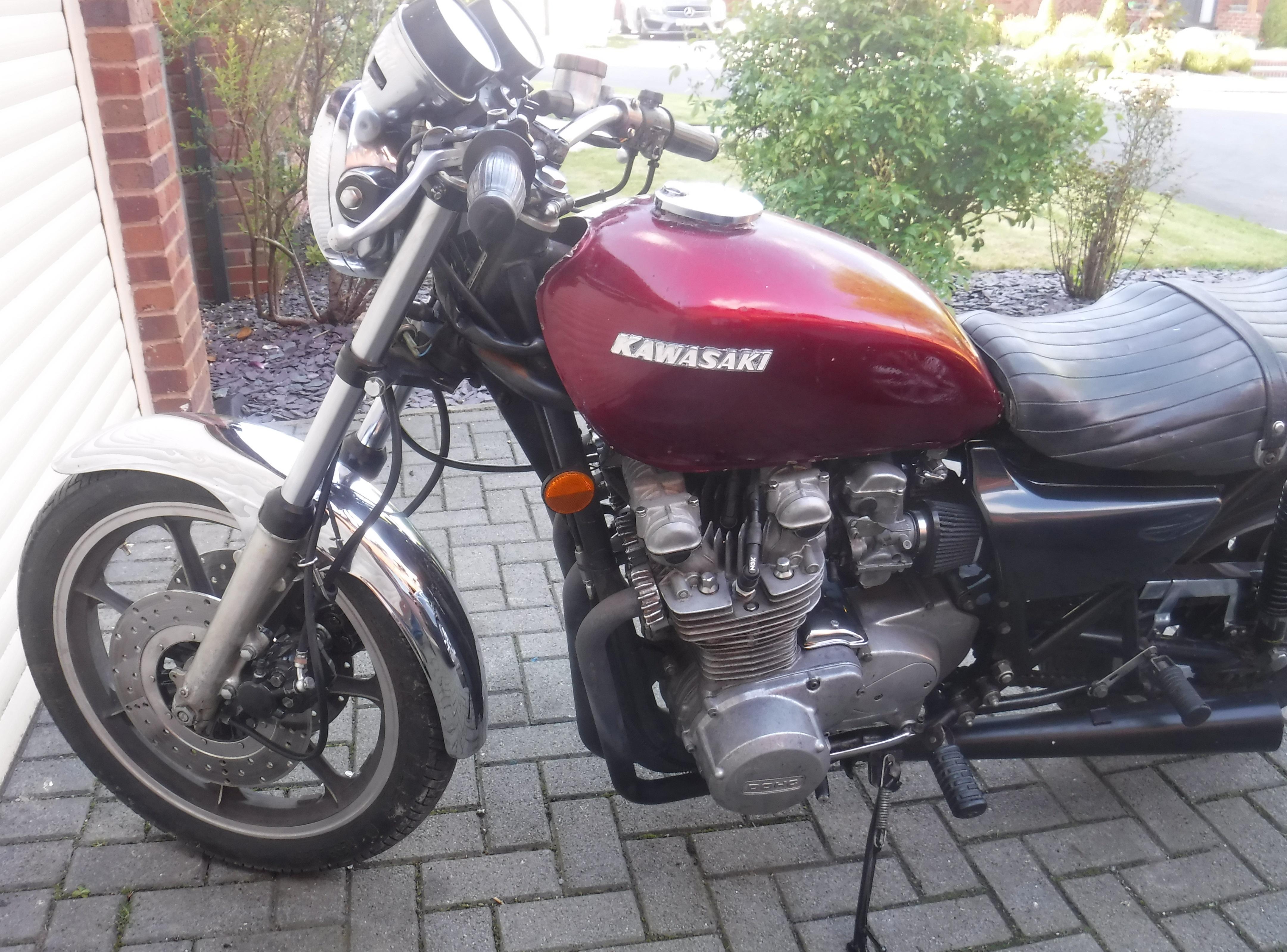 Customer Bike - The cheapest Z900 that you will get your hands on !!

It may be rare, but with the 16" rear wheel and small tank, it is not the prettiest (unless you are in the US), and therefore not the most desirable.  I was going to use it for a project, but having acquired something else since buying it, I spent a little time getting it running, thought it would make a nice rider for someone who can give it some TLC.

I can’t be sure, but I would say that the mileage is probably genuine.

I have given the carbs a good clean and replaced both pilot and main jets – it now starts, runs and idles OK (but the carbs leak so it will need setting up).  Engine doesn’t smoke and sounds nice.  There’s not much corrosion on the engine, it should clean up well. It’s a Z900 engine, with the 903 barrels.  I can’t see any fin damage to the head or the barrels, or any damage to the other parts.

Fork stanchions are nice and clean with no pitting, after market Mullholland rear shocks are also serviceable.  There’s lots of life left in the chain and sprockets.

Front and rear brakes work and the clutch works nicely (I un-gummed all of the plates, cleaned them and put it back together).  It can actually be ridden (but the carbs leak and the tyres are so old and cracked I really wouldn’t want to)

I have got everything you need to change it to an 18 inch rear wheel (Z1000 rear wheel, sprocket carrier, disk and caliper).  I will let it all go for £100 if you want it.  With this and I Z900 A4 paint set (which fits straight on) it would look great – but someone may want to keep it as a Ltd with the 16” rear wheel.

Its got a sports seat fitted, which actually looks good but is on its last legs, but the base could be used.  It’s a standard seat base with all of the fittings, but it is a little corroded.

Missing the front indicators.  These were originally mounted on the handlebars, if you fit the z900 headlight brackets (included) you can mount them as they were on the z900.

Miss the battery band / bracket/mounting bracket for the right hand side panel. Part number 32100-020, available from Zpower for £20.

All of these items are available from Zpower, with the exception of the airbox.

Registration has been applied for - just waiting for the V5 to arrive.