I bought this Z1a off eBay in the US in Nov 2017.  An interesting experience to say the least.  Neil McCallum Shipped it over and it arrived in June 2018. 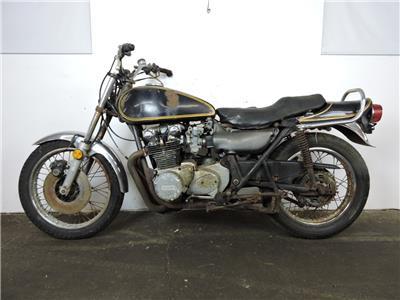 Neil (being the top chap that he is) sorted out all of the documentation for us as part of the service.

The best thing that can be said about it was that the engine and frame numbers matched.  It was not pretty, but was complete, I hesitate to put up the photos of what it was like, but what the heck! 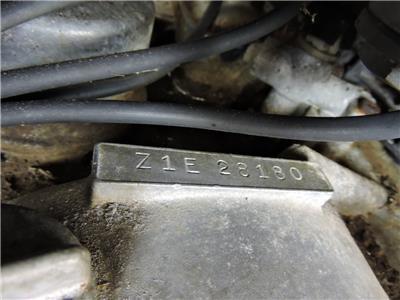 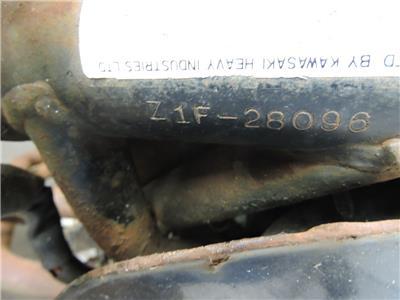 As this project shows, the best thing about restoring a Z1 is that there is very little that you cant get for them if you need it.

If you have read any of the previous blogs, you will know that we use all of the same / usual suspects for the restorations. The engine bits have been cleaned by Steve Smethurst  (Steve's Web Site) and Dave has rebuilt it. 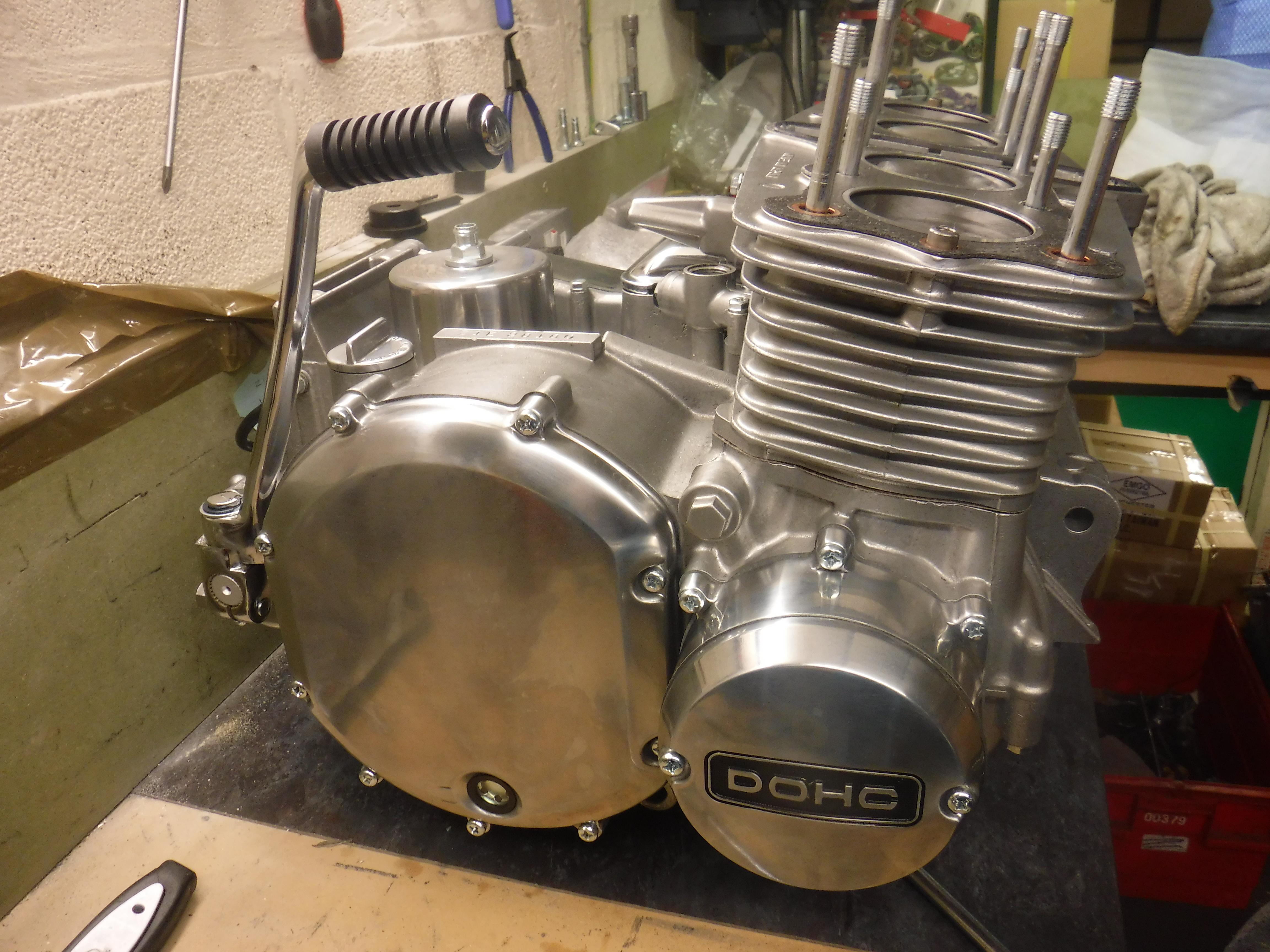 The bores were OK but just to be sure we have taken the bores out to first over-size and fitted one of our piston kits (piston kit - first over size). 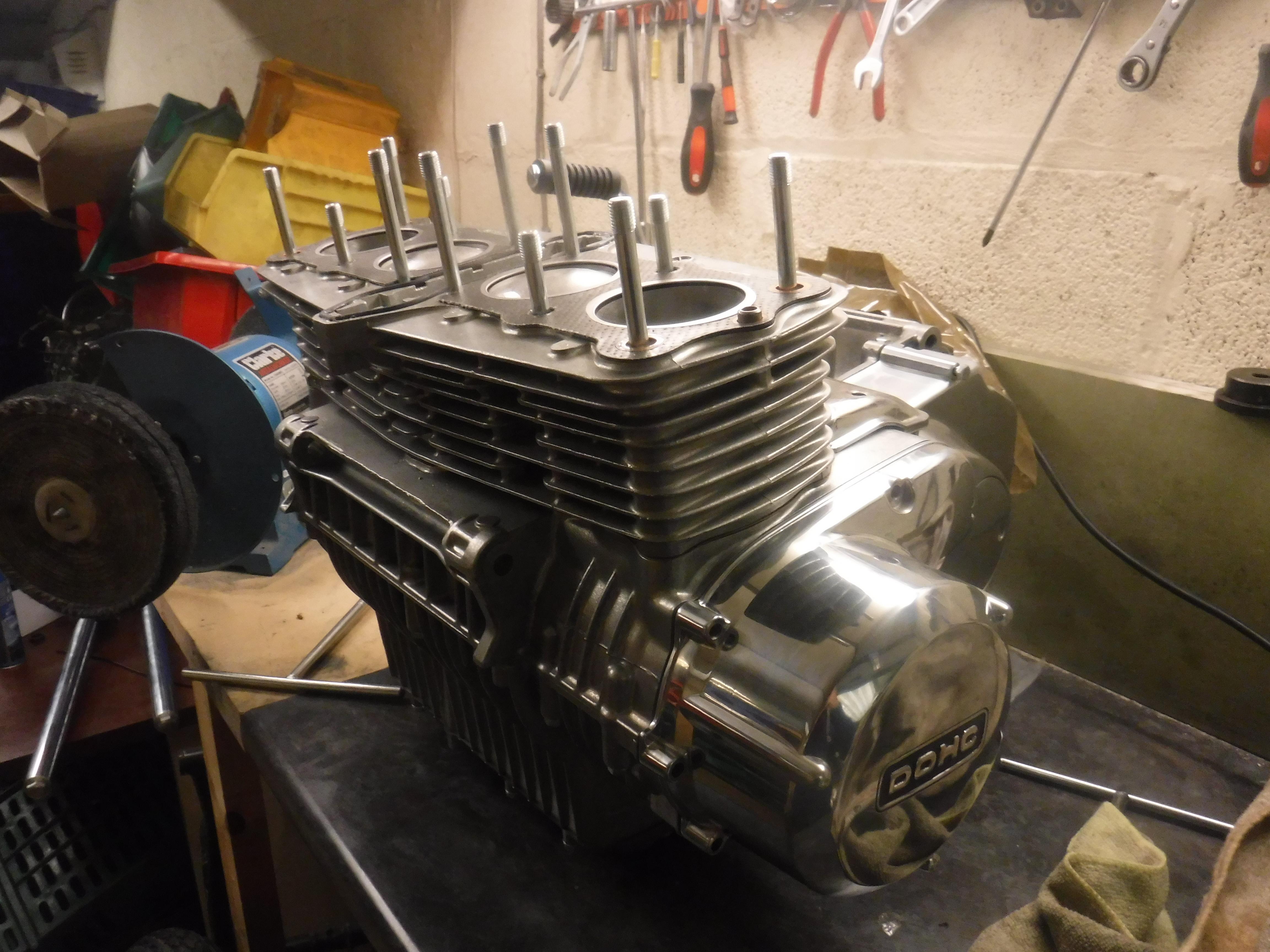 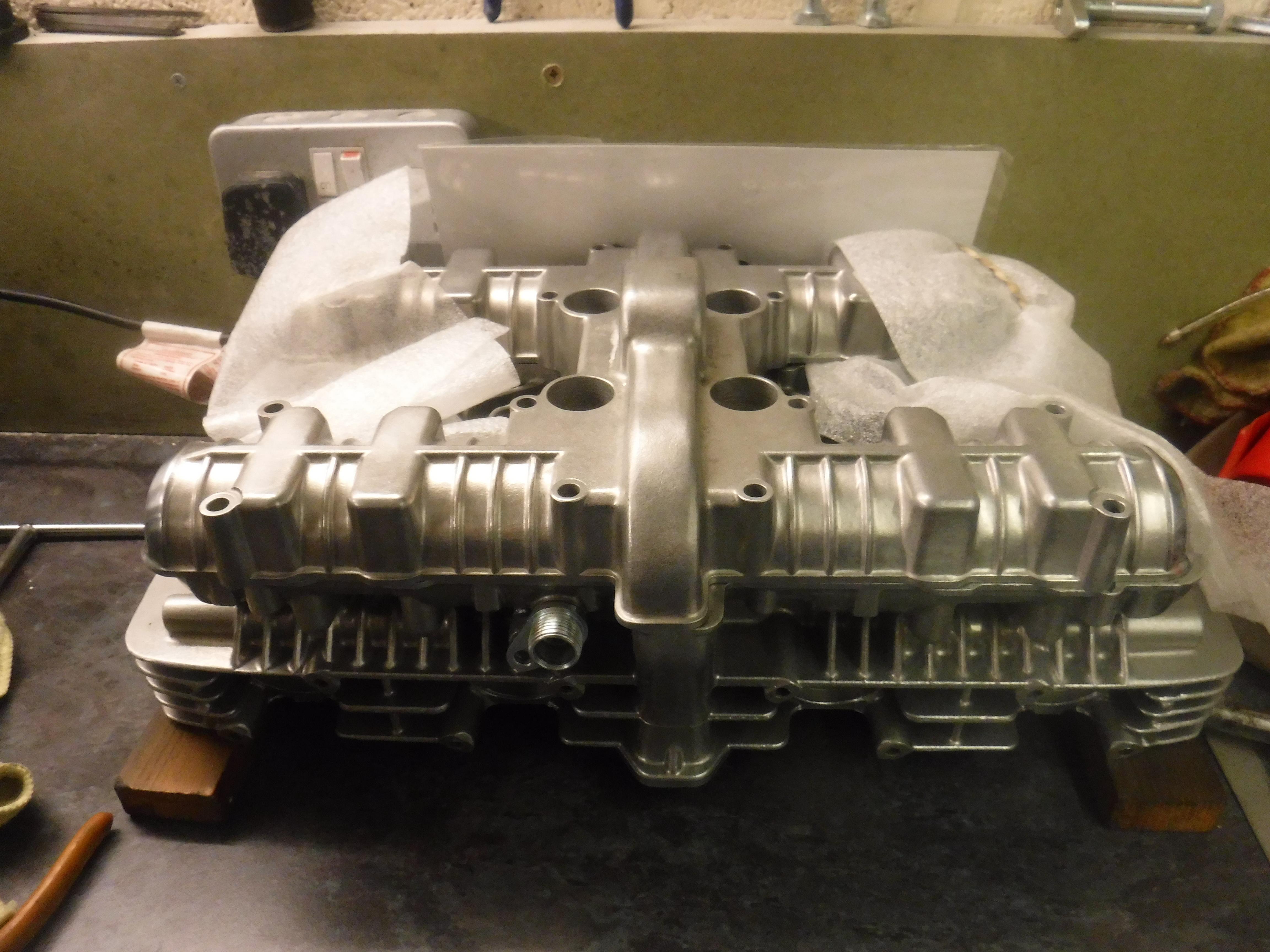 Dave's top tip - We find it much easier to put the engine in the frame without the head on.

Pete Brown of Classic Motorcycle Service  (CMS Website)  sorted out the zinc plating and has built up the wheels for us on our aftermarket rims.  We have gone for a double disk - it is what most people want. 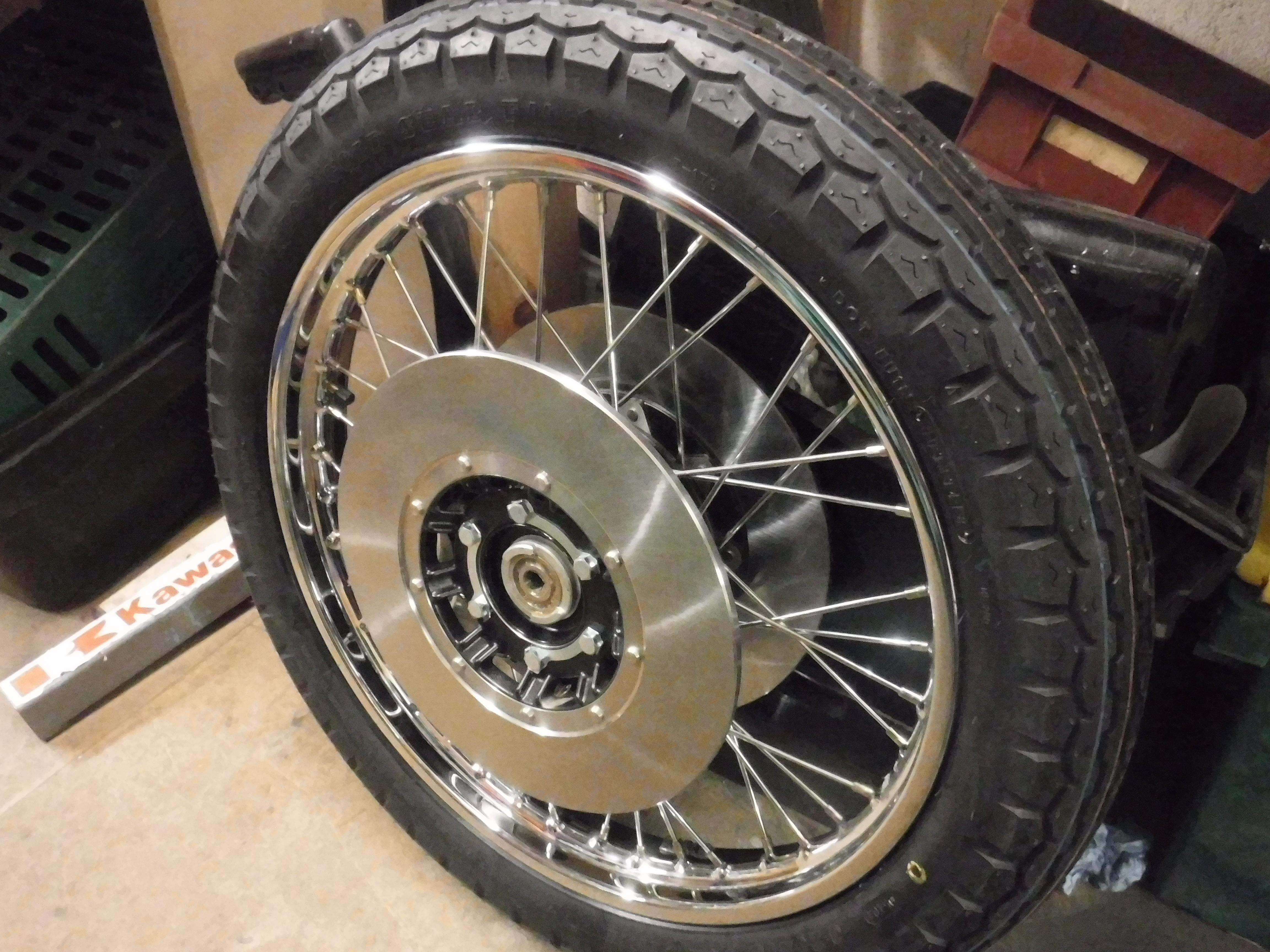 Steve has also polished up the fork legs - which we have then rebuilt. We are going to do it in its original US spec trim so it has got reflectors on the forks (fork reflector) rather than the chrome ones that go on the European models (Chrome reflector). 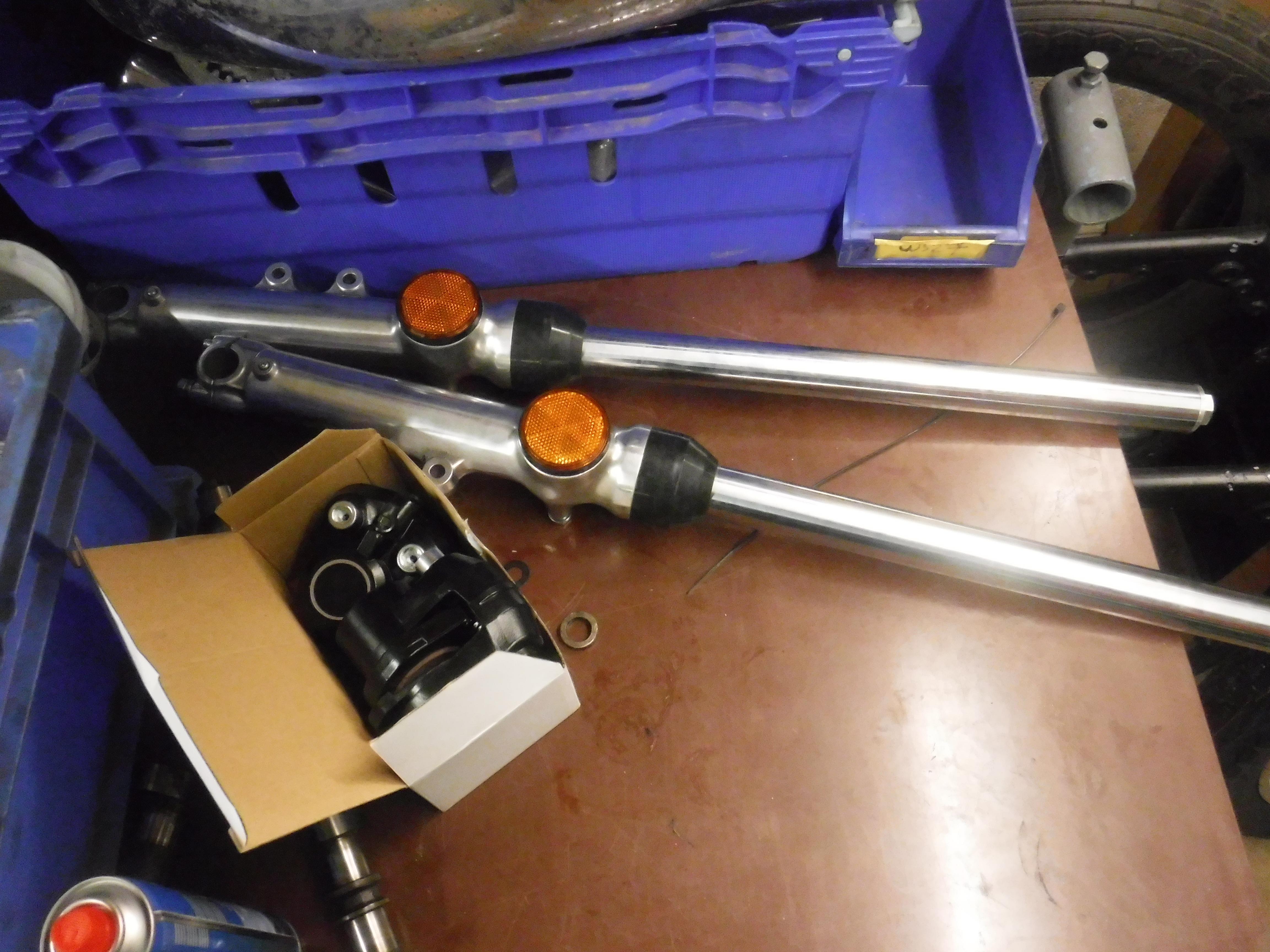 Alistair Marshal (01827 63328) has done the clocks for us again and put the same millage on that was indicated on what was left of the speedo (clearly - it cant be authenticated). 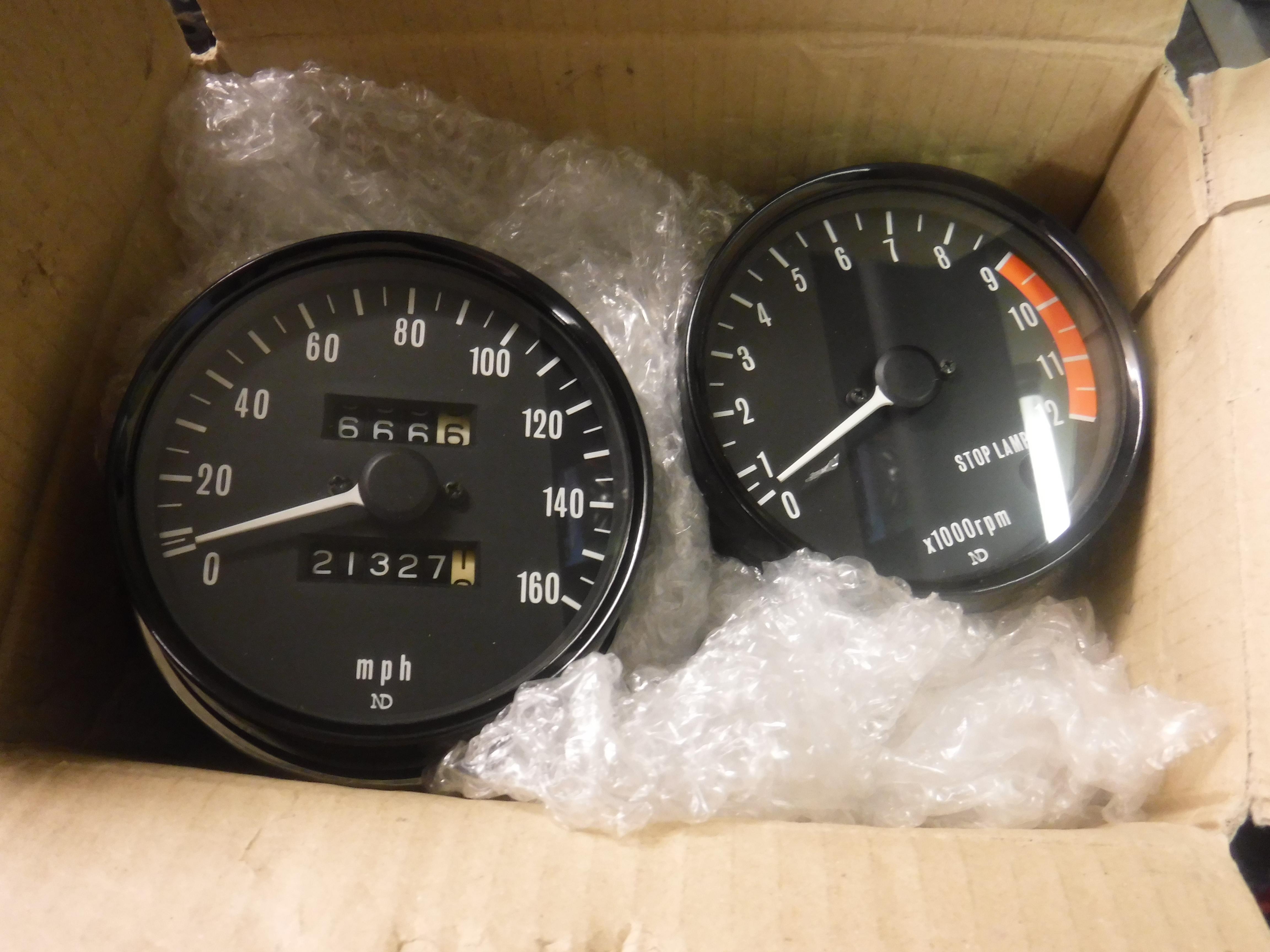 If you have read the previous blogs - it all sounds a bit repetitive.  You will have noticed that we are still missing the frame though.

As we always do, we took the frame to Roger to put in his jig; it needed just a little straightening (as they often do), we then took it to Tony at Pit Stop (Pit Stop web site)  for a few minor repairs.  All that sorted (it takes much longer than you may think) it is now with the powder coaters; it should be back this week and we can start putting it back together. 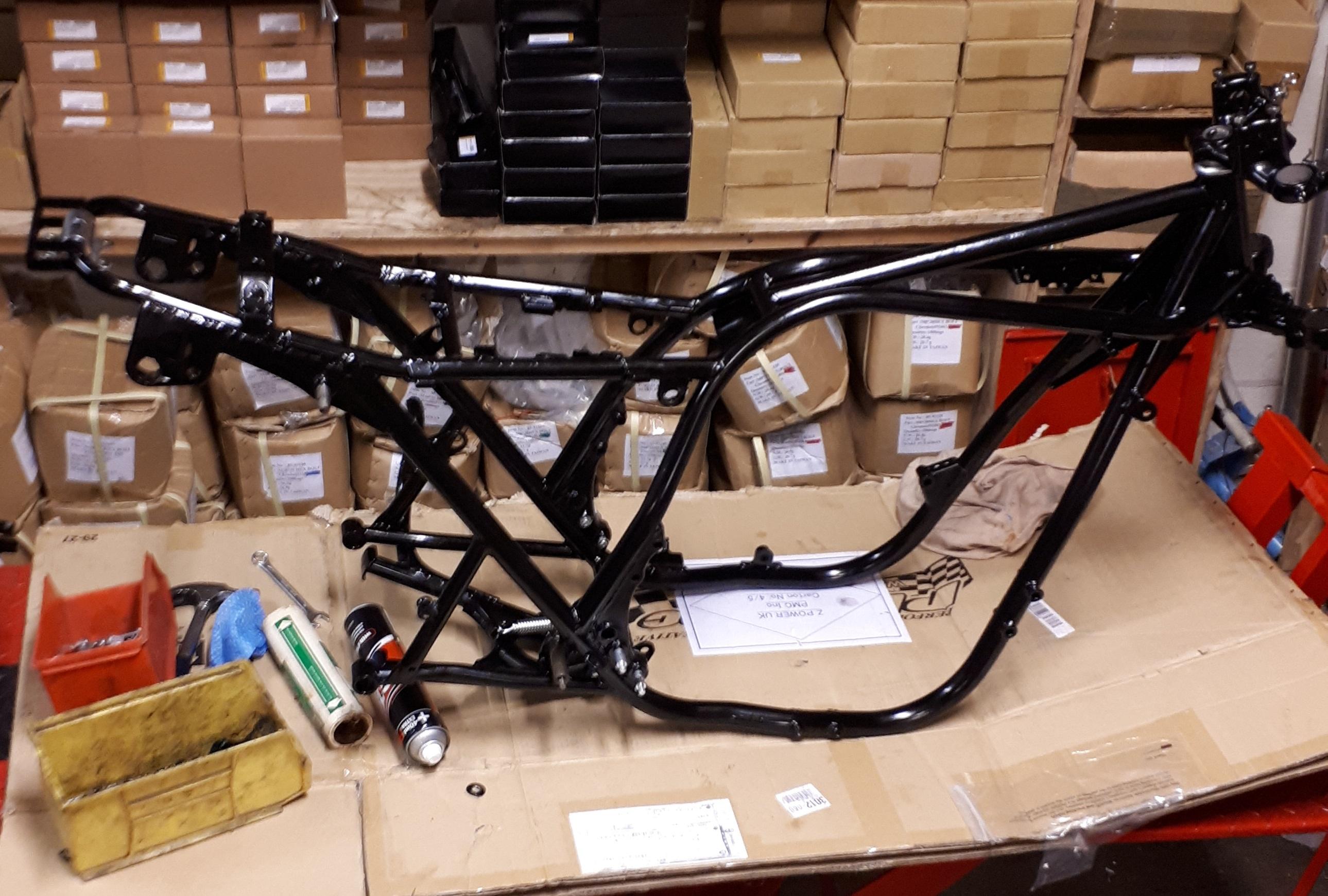 So Now the fun starts.  Next up will be putting the engine back in.

The bike is now taking shape.

We fitted the engine in, fitted the front end and the rear swing arm, shocks and put the wheels in. We have put the twin disc set up on it.

All the electrics have been replaced and all new switch gear fitted. 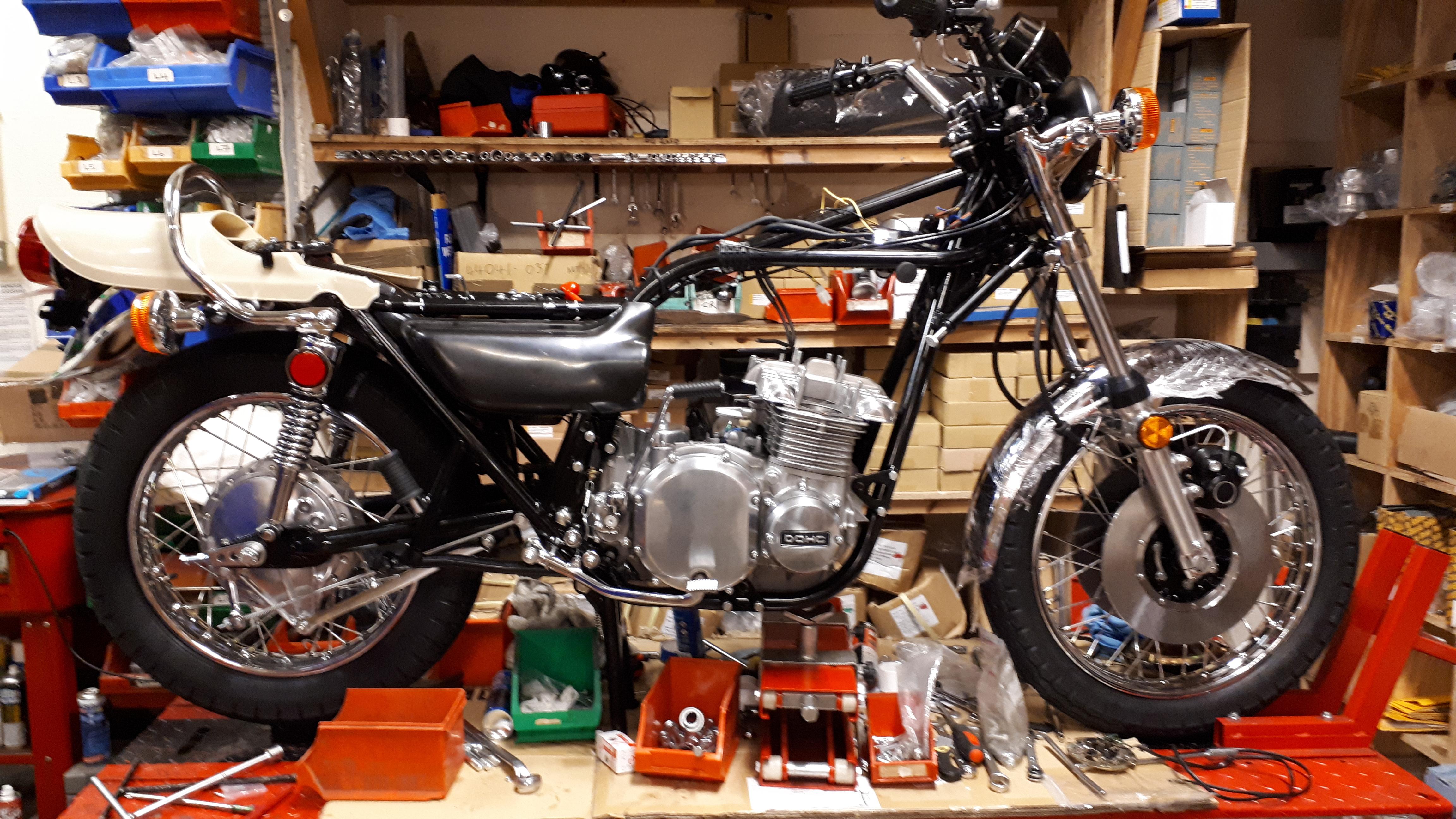 Once we have the Carbs back, put the head on and the paint set has arrived, we will be about there.

It is tempting to put the Z1b/A4 switch gear on and same some money, but we have gone for the correct early Z1 switches that we get in from PMC (Z1 switches) 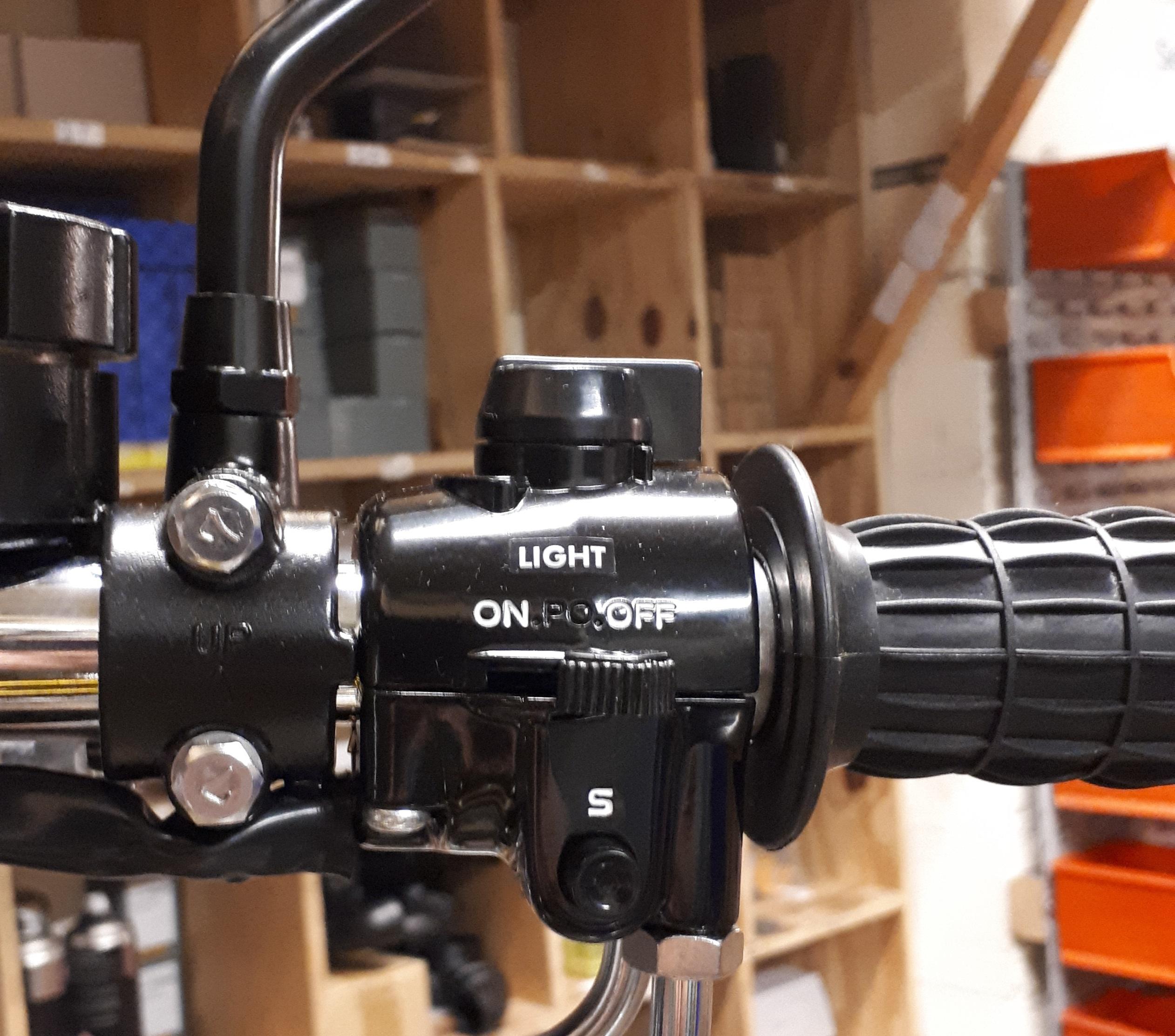 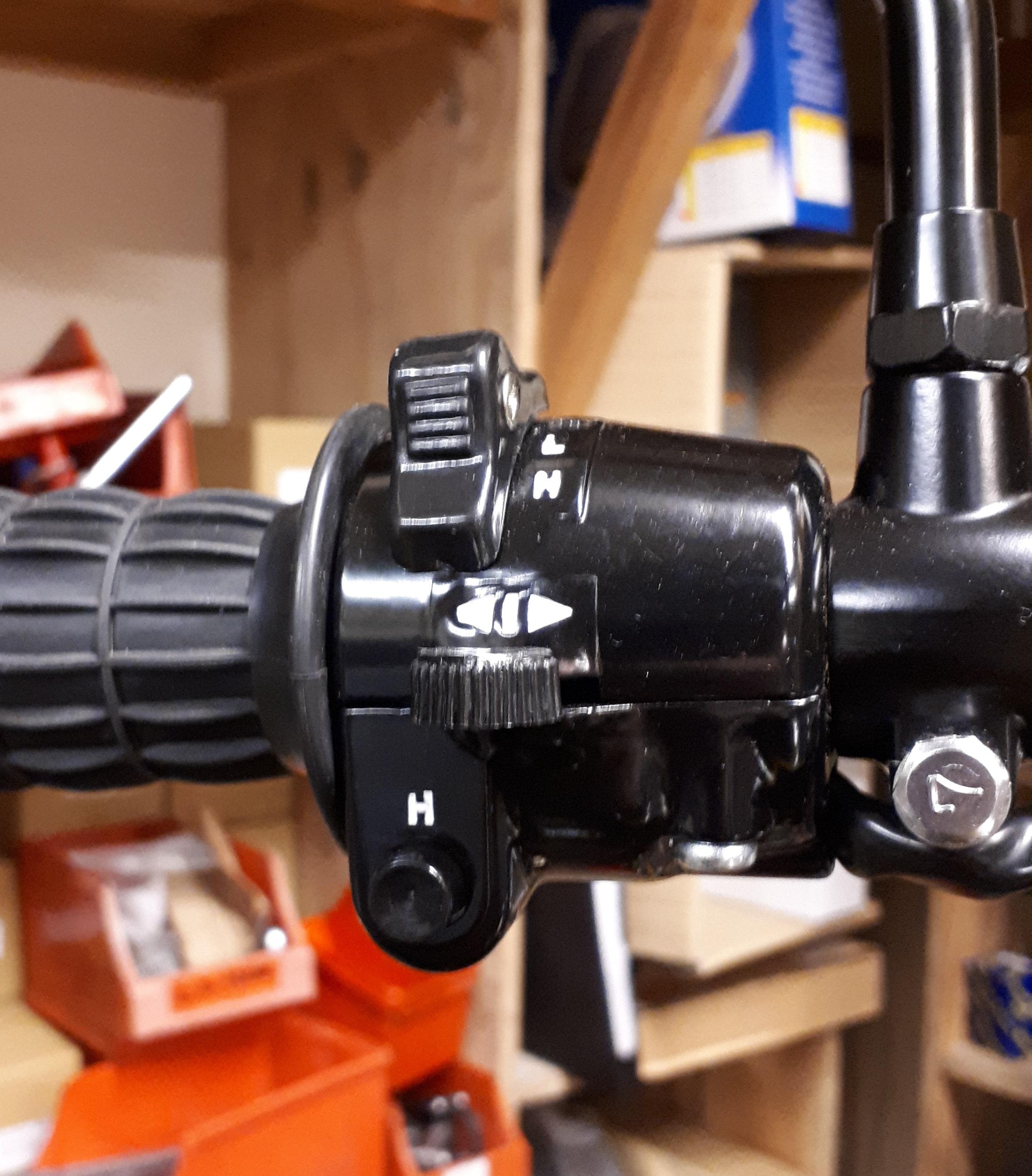 We are going to use the green/yellow paint set from Japan. 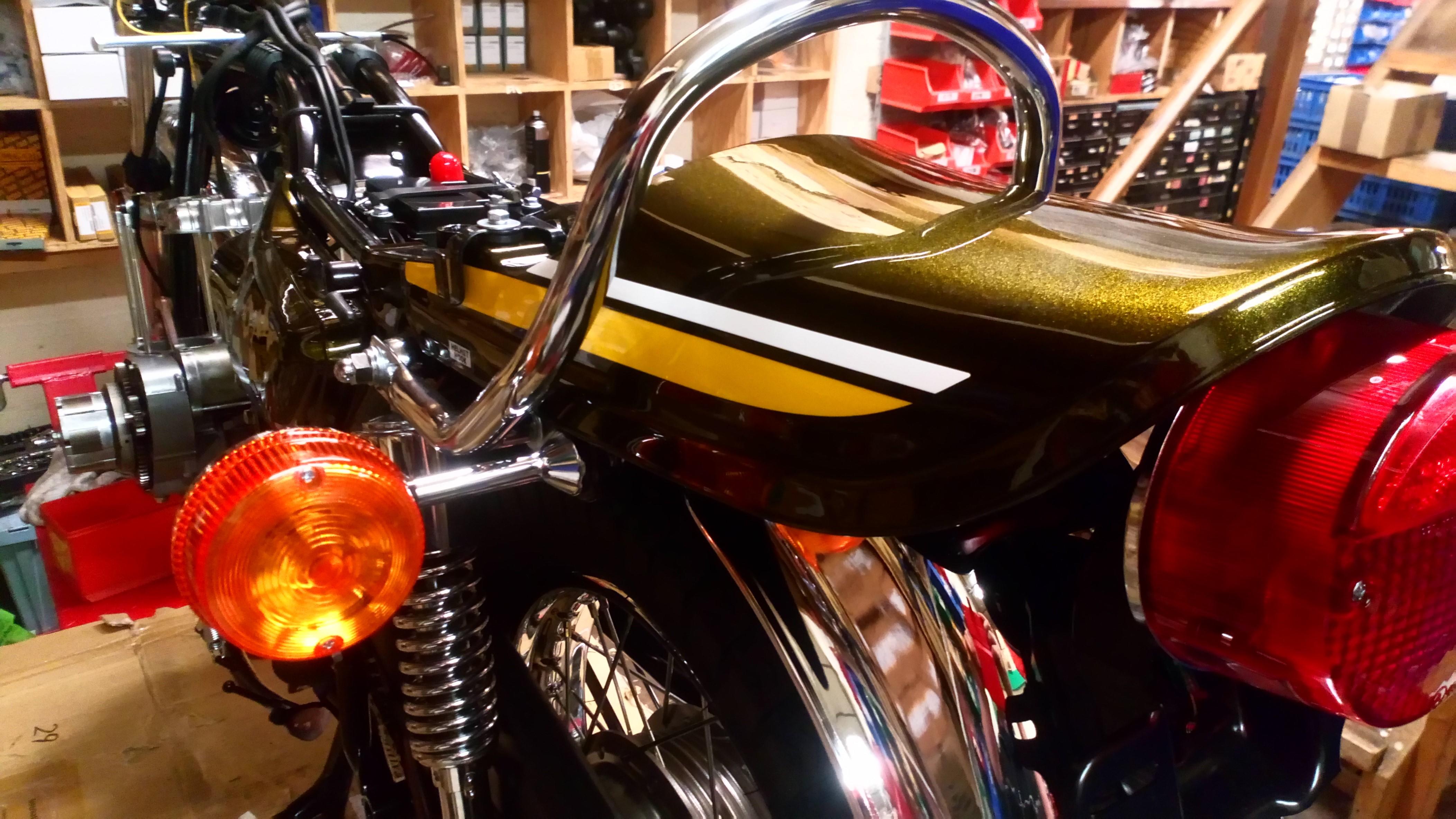 Like the Z1, the Z1a came with an oil pump and tank - not that it is really needed with modern chains. 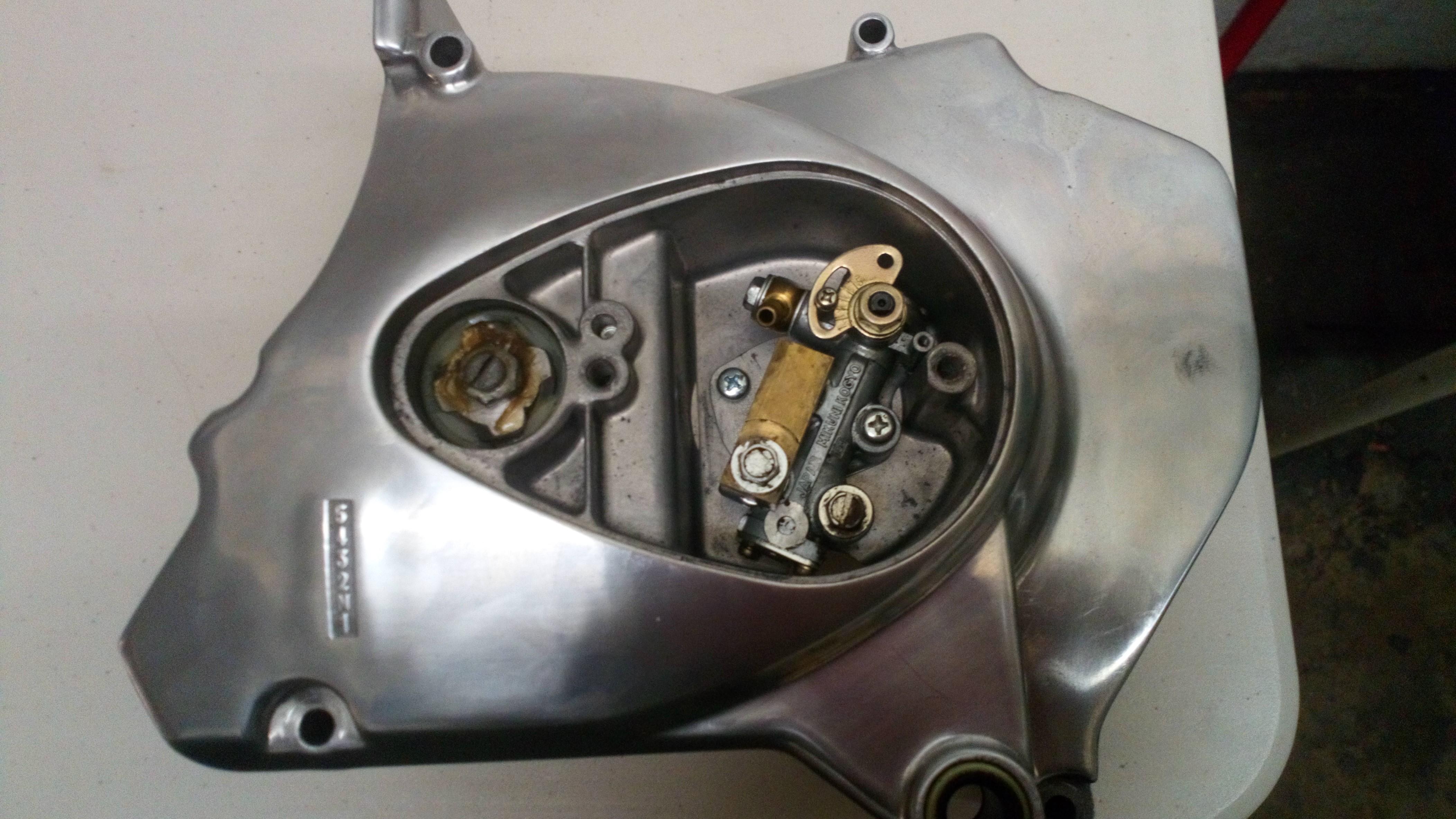 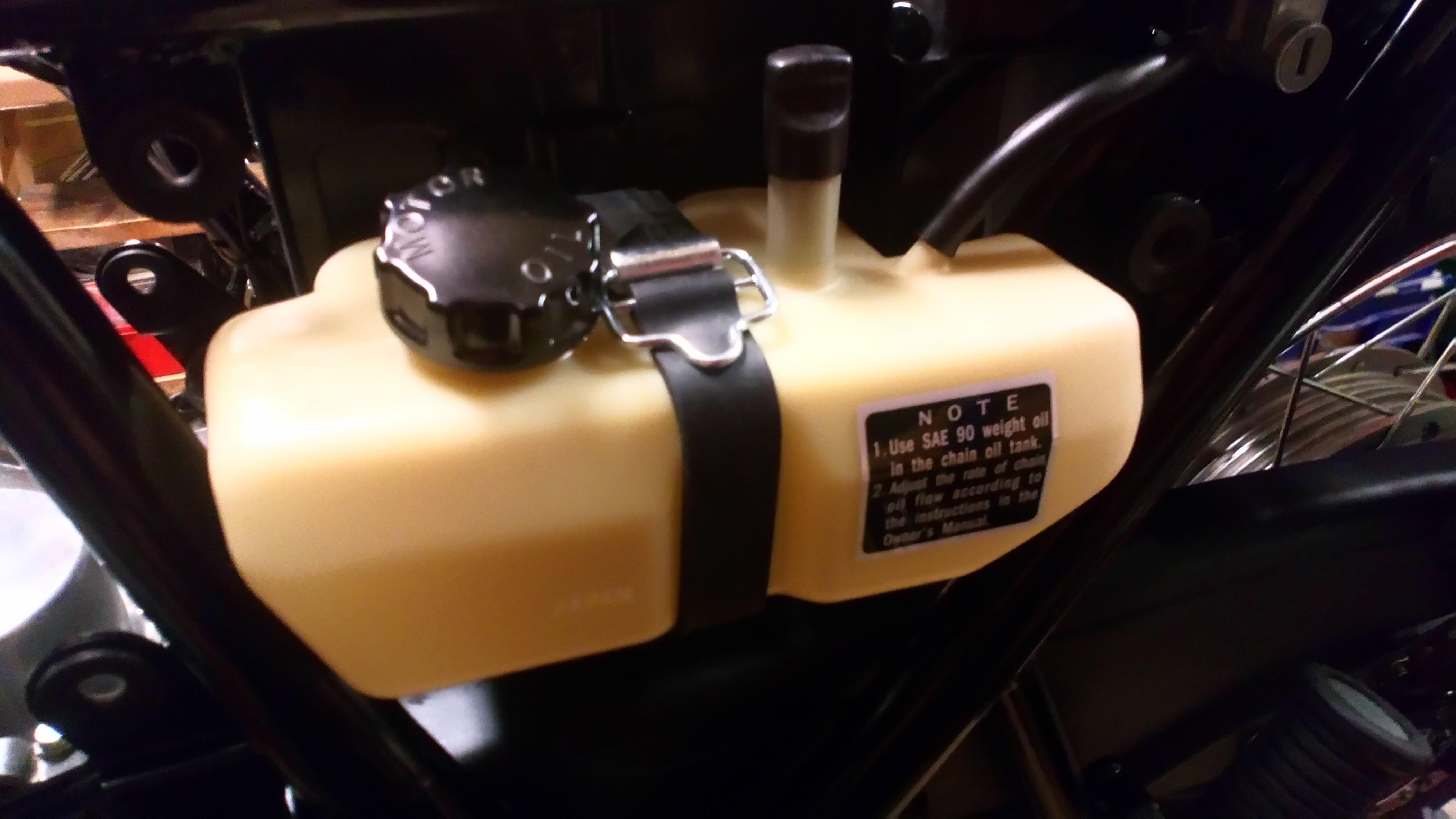 we have now bled the brakes through 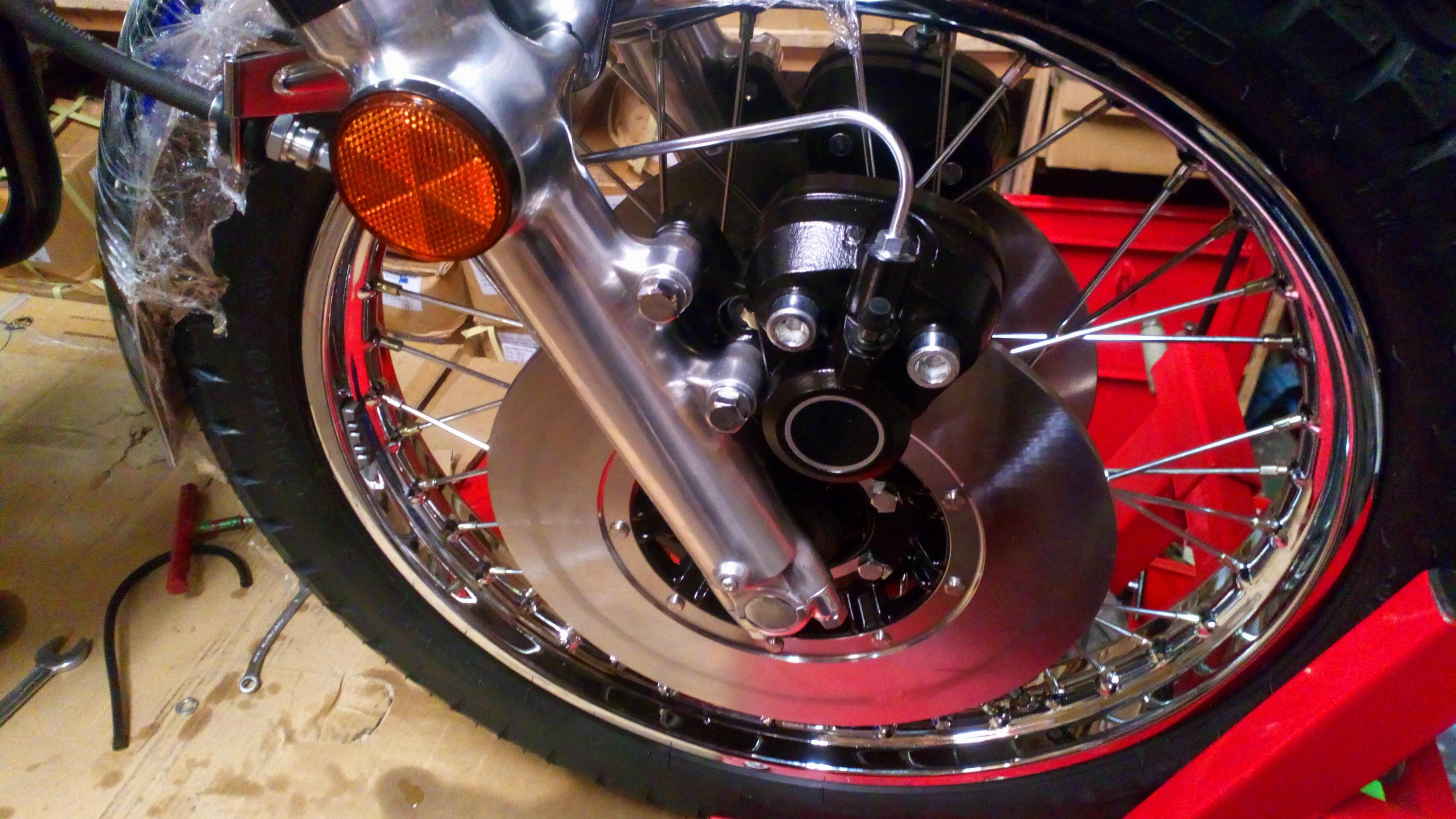 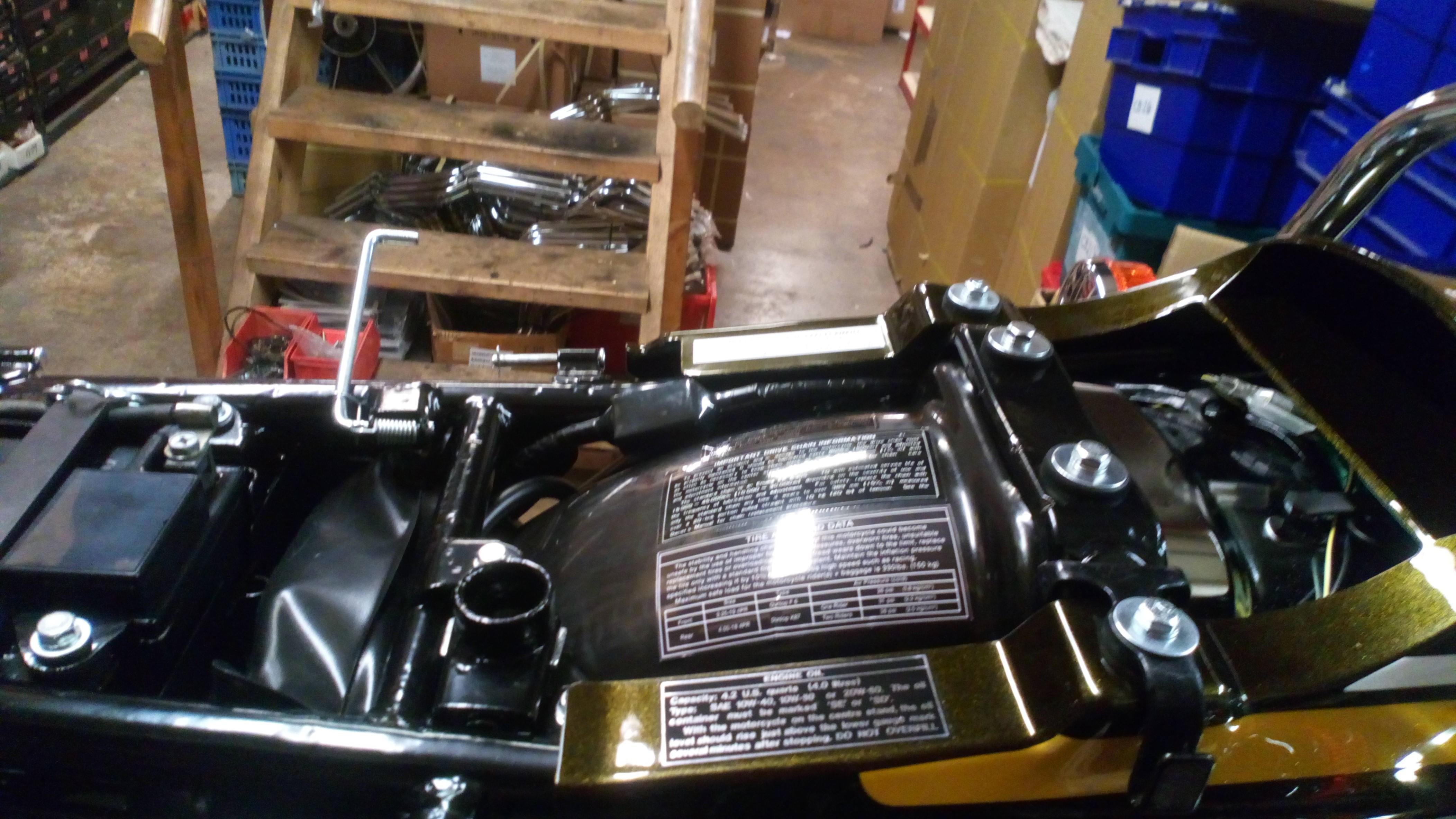 Now getting to the point where we just need to put the carbs on and fit the exhausts. 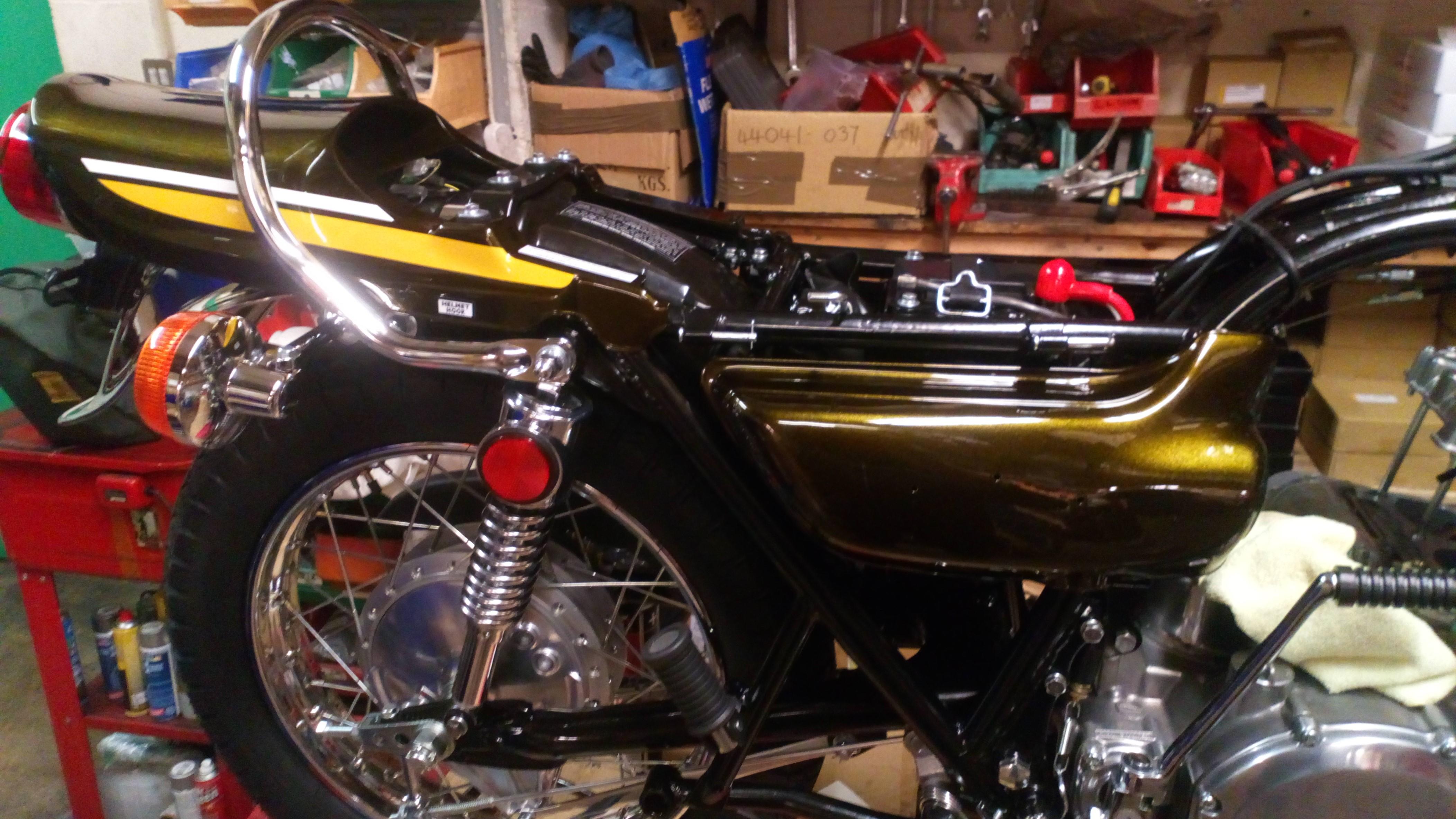 Paint set complete, we have just got to fit the carbs and the seat. 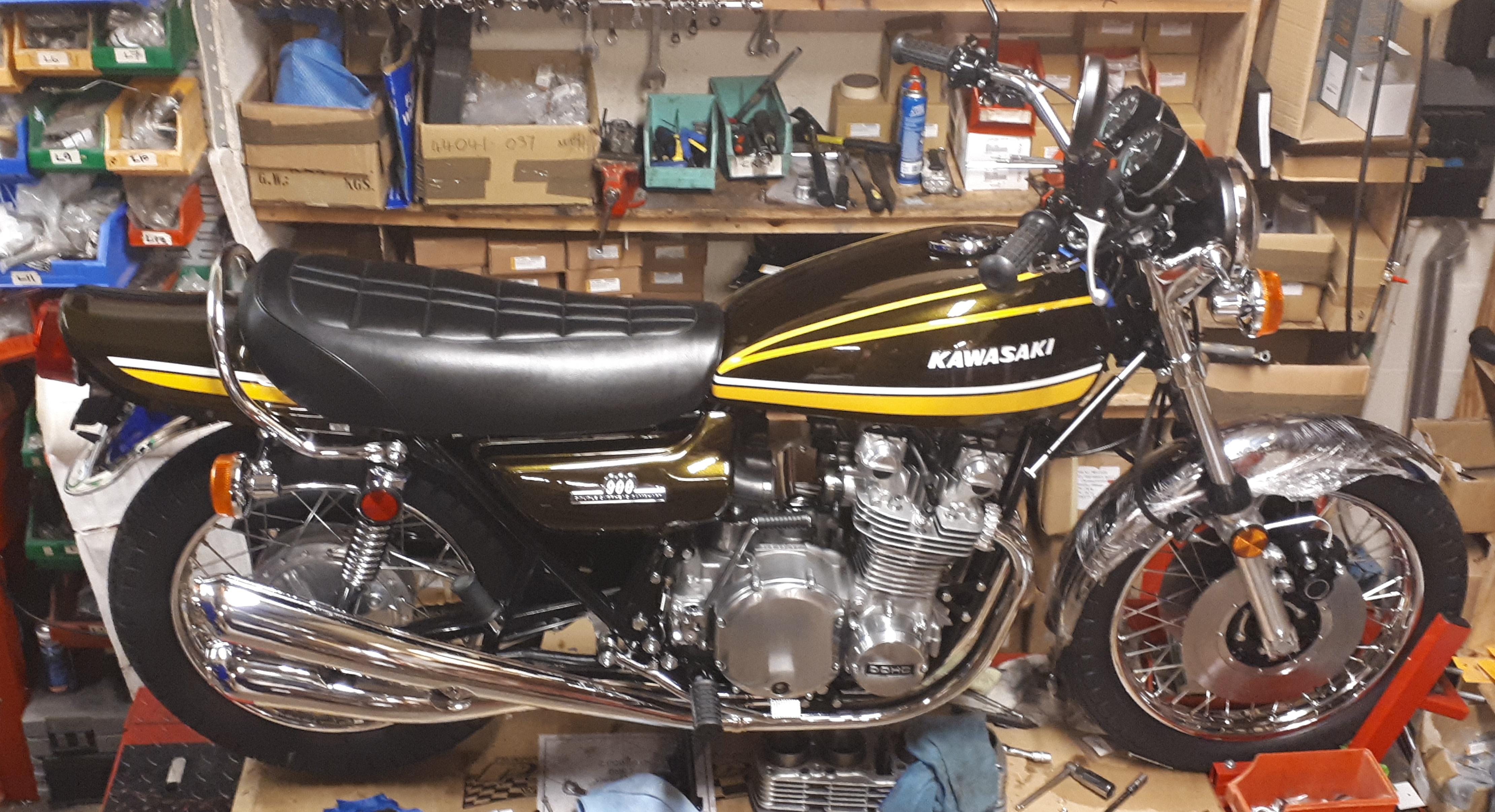 And that's it - job done.  Now need to get a few miles on it and make sure that it all works. 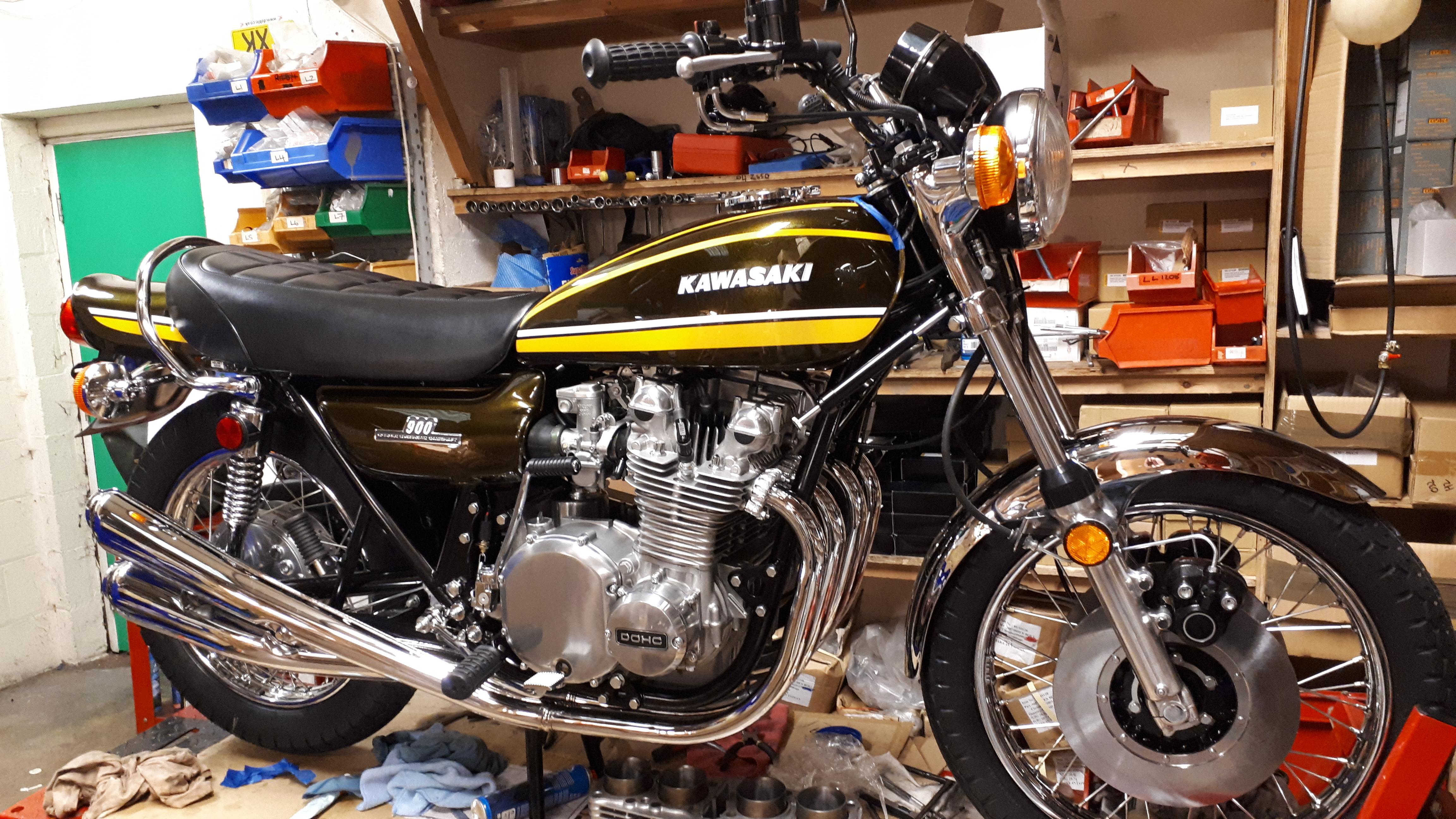 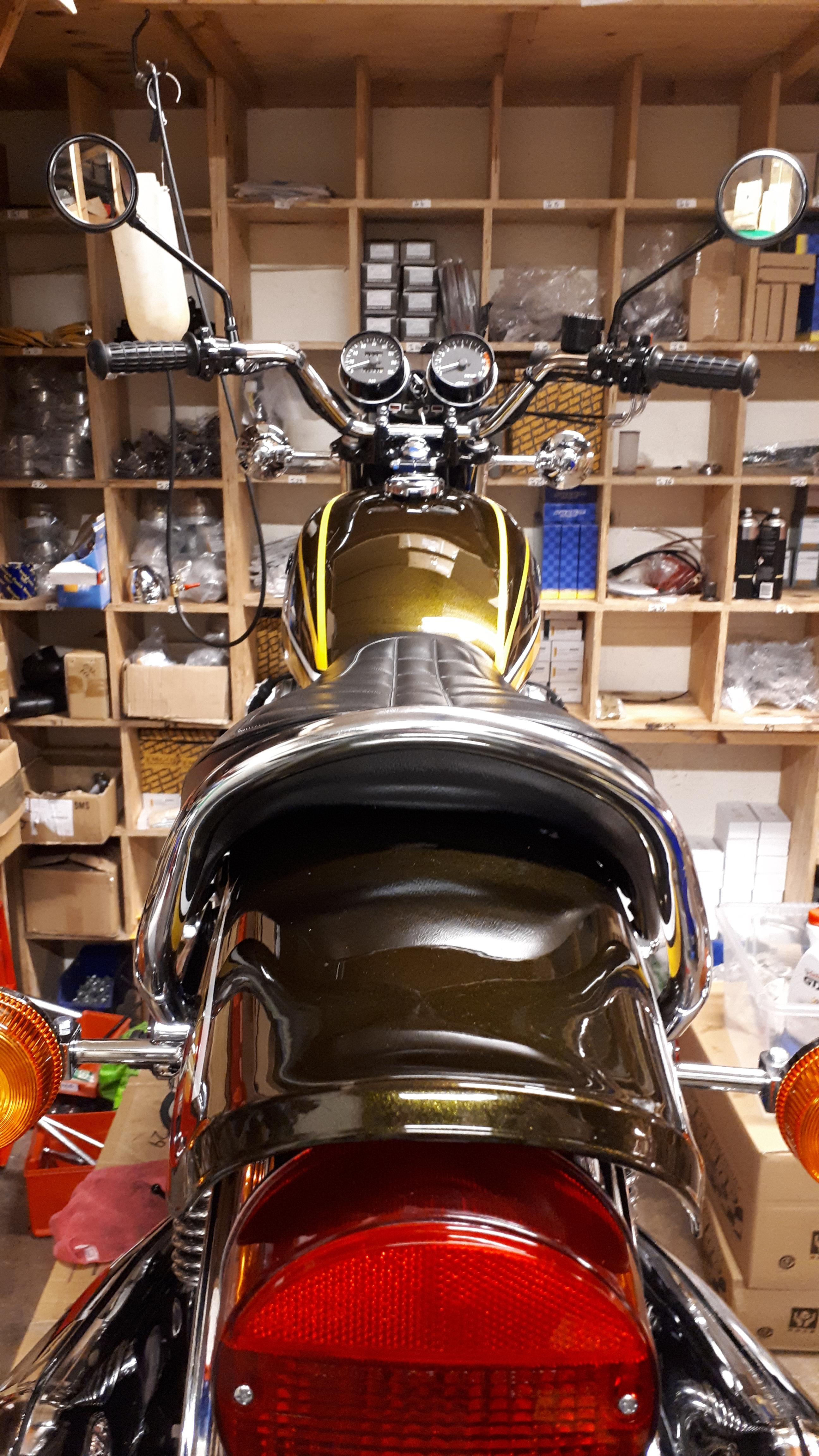